"I Used To Judge My Unmarried Aunties At 30, I Have Become Them At 37" – Toke Makinwa 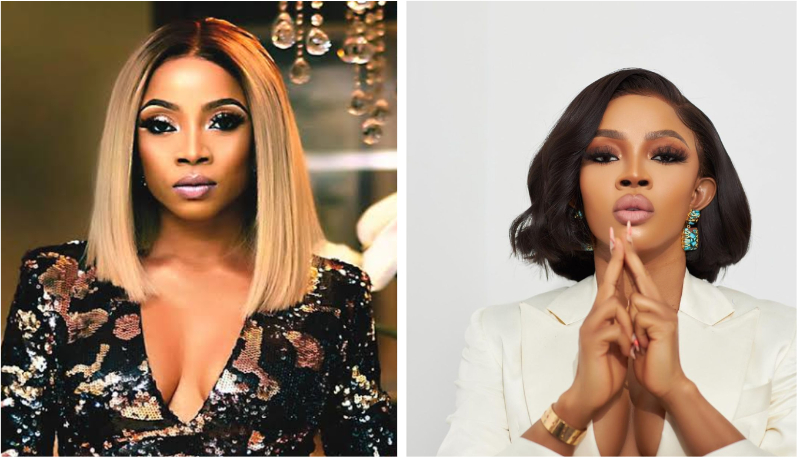 Nollywood actress and Media Personality Toke Makinwa sadly admitted that she seemed to have become what she judged many years ago.

She recounted judging her aunts who were still living with them in their 30s on the most recent edition of her weekly vlog “Toke Moments.”

According to Toke Makinwa, she thought they were promiscuous to remain unmarried in their 30s.

“I remember when I was younger, I’ll see all those my aunties. Shout out to all my aunties! They were like in their 30’s then and some of them lived in our house before they got married.”

“I remember seeing them at 35, 30…actually 30. 35 ke?! That’s grandma!! 30, I’ll be looking at them like this and be thinking, ‘this woman must have been promiscuous when she was young. That’s why she’s 30 and still in our house; and hasn’t gone to her husband’s house.”

Toke wondered if her nephews and nieces saw her in the same light being 37 and unmarried.

Commenting on how women were mistakenly viewed as “prostitutes” when they were spotted in a car with a white man, she said:

“I remember one time, my mom was driving and somebody cut into her and it was a white guy and he had a black girl in front.”

“And we just went, ‘Ode, o ti gbe ashewo’ (fool, he has carried a prostitute). We just automatically assumed that every black girl you saw with a white guy was a whore.”

KWAM1 50 Years on Stage: Nollywood stars, others turn up as they storm event in Lagos (VIDEO)