KWAM1 50 Years on Stage: Nollywood stars, others turn up as they storm event in Lagos (VIDEO) 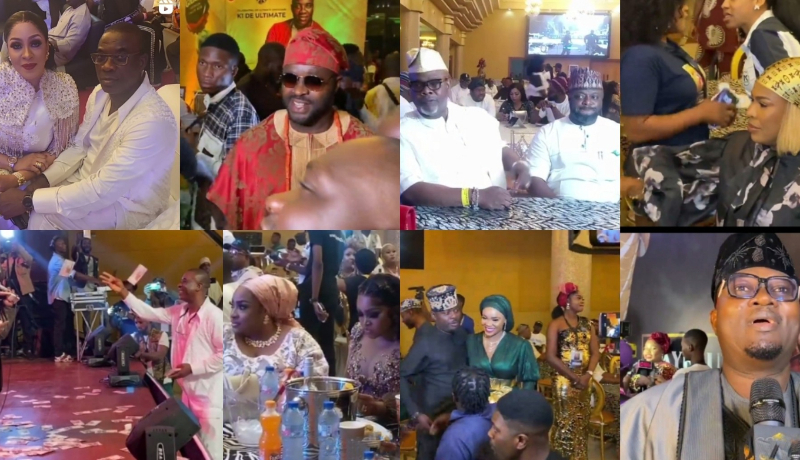 As the Mayegun of Lagos, as he is affectionately known, celebrates his 50 years on stage, the entire city of Lagos will come to a standstill.

This is his second celebration of turning 50 on stage. On July 3, 2022, KWAM1 had his first celebration of his accomplishment at the DLK Event Centre in Abiola Way Abeokuta, Ogun State.

However, a few hours ago, the adored veteran Fuji artist hosted another party that was the buzz of Lagos at the Oriental Hotel.

A number of well-known figures from the Nigerian entertainment industry attended the event to support KWAM 1 when it began in the evening.

K1 De Ultimate welcomed colleagues and other celebs when he and his wife Emmanuella Ropo arrived at the event. He also sang his evergreen tunes to the audience.

Related Topics:eventKWAM1LagosNollywood stars
Up Next