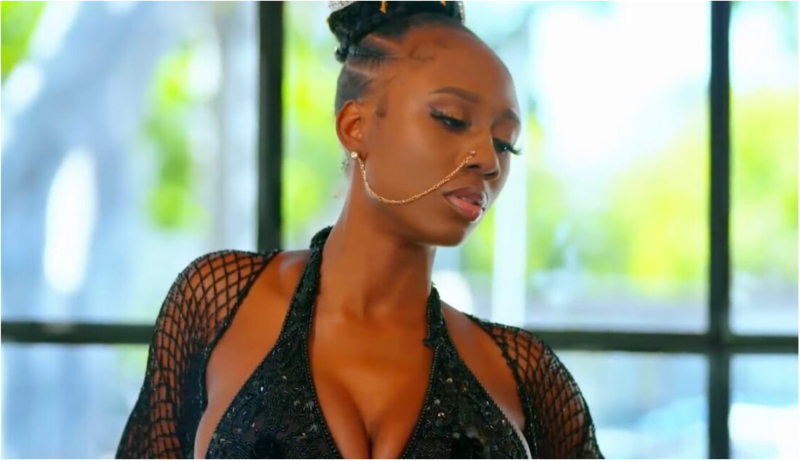 On her Instagram story on Sunday, which is now deleted, the mother of two revealed a message that she claimed was sent to her by an unidentified person who threatened to rape her.

The anonymous writer went on to say that once Justin Dean marries a white woman, he would forget about the children they had together.

Athena, Korra’s daughter wasn’t left out in the said message

“Every morning I get racist mail from this person, I don’t know where this is coming from but I need help in finding and suing them.

“Athena is obese she is so dirty fat pig that she has a lot of fat to her body with your ugly African children. no man wants you men will fuck you and leave you fat pig you with your big belly with a lot of fat.

“Ugly black legs you have to go to a beauty parlor hope white men will rape you and give you HIV fat pig you, never call yourself princess again because everyone is laughing at you. Get checked out by a psychiatrist because you’ve gone crazy because beautiful Justin dumped you hahahahah.”

Recall that Justin Dean announced his separation from his wife, Korra Obidi on 16th March, 2022 a week  after welcoming their second child.

“A woman is not a slave to her husband”- Nollywood Actor, Lateef Adedimeji says