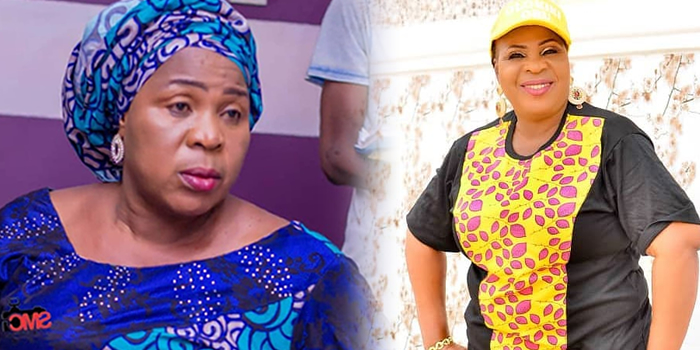 Veteran actress Fausat Balogun, better known by her screen name Madam Saje, has expressed regrets about her education. The thespian stated this while revealing some previously unknown facts about herself.

The skilled Yoruba role interpreter shared a video on Instagram with the caption “Things you wouldn’t know about me.”

Madam Saje revealed about her early life that she only completed primary school because she started her acting career in 1975, just after completing primary school.

And as a result of her inability to continue her education, her acting career has been limited ever since.

The well-known veteran actress claimed that her decision to stop after primary school had an impact on her inability to speak English well, which in turn prevented her from acting in English-language films and hampered her advancement.

Even so, Madam Saje claimed that she is comforted by the brilliant and amazing people God has used to bless her in the film industry, despite the limitations brought on by her lack of education.

Read her story below