BBNaija Season 7: Fans of Ilebaye surprises her with cash gift, other items (VIDEO) 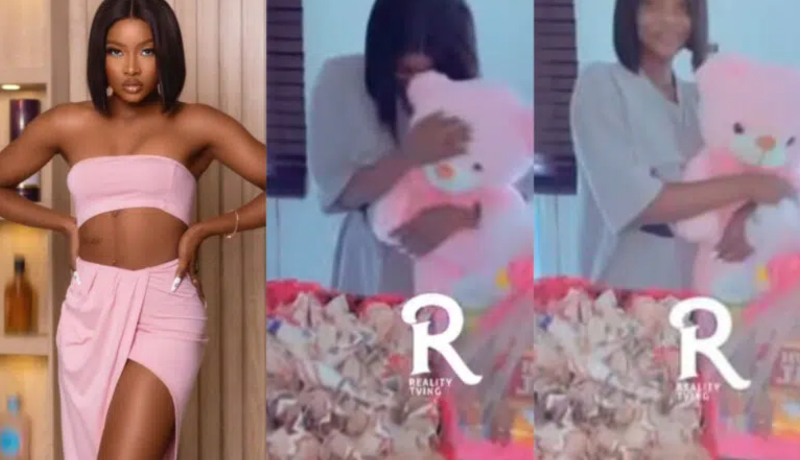 Ilebaye Odiniya, the ‘Level Up’ expelled housemate from Big Brother Naija, has received a ton of support from her fans.

On Sunday, August 14th, at the second eviction episode, the reality star was evicted. She was the third resident of the Level Up edition to be evicted.

Her fans surprised a her with a variety of gifts as a sign of their love and support.

Her fans gifted her bundles of nairas, teddy bears, and lots of goodies.

Recall that, while she was in the house, she had a disagreement with a fellow housemate, Beauty who was disqualified from the show.

Ilebaye admitted in an interview with Cool FM that she had no intention of making amends with her unless she gave her the go-ahead.