Alex reacts to allegations of being lesbian 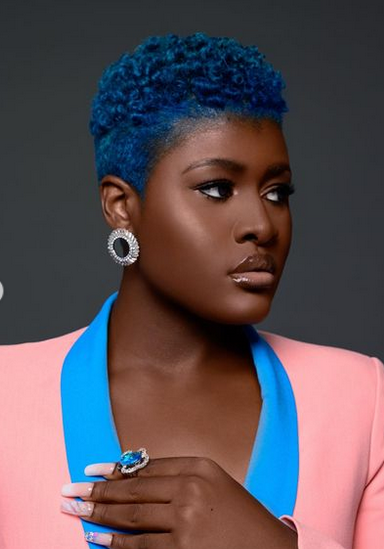 Alexandra Asogwa, former Big Brother Naija housemate, has reacted to the rumours of an alleged “lesbian” relationship with Mini Yina, a popular stylist.

She spoke on Monday in reaction to a story that an ex-BBNaija housemate whose name starts with ‘A’ is in a relationship with Yina.

In a lengthy Instagram post, Alex asked people to truly confirm the identity of ‘A’, noting that the rumour was denting her image.

She also denied being in a relationship with Yina, adding that she had been receiving horrible messages and threats.

“Hello everyone, how are you doing?? I’m not one to defend or explain myself but on second thought, considering future plans that I have and people that look up to me, I’ll do this once and hopefully never again,” she wrote.

“I take a stand against bullying and I won’t be bullied into silence. I don’t think my name has been mentioned on the blog since this quagmire but I’ve gotten horrible messages and threats.

“Kindly confirm who you are talking about that her name starts from “A” as this unclear news is denting my image. Now, if this eventually turns out to be Alex Unusual, let me say this. I’ve conducted myself responsibly.”

The 26-year-old said that she has a “clear conscience” and she has built her reputation on sincerity, adding that she would not let blogs tarnish it.

“I’ve conducted myself responsibly almost all my life and I’m proud to say I have a clear conscience with myself and my maker. You may choose to deny this but believe it or not, I’m at peace with myself and “Good girl” may not pay immediately but it eventually does,” she wrote.

“For the past few days, I’ve watched blogs make efforts to tarnish my image/reputation. One that I’ve built on sincerity as I know a lot of young people look up to me.

“It’s also interesting to see some people jubiliating because they can finally see something bad to tag to my name as it’s been so difficult to do so but I dare say NO!!!

“That being stated, I challenge the blogs to bring out the proof that supports their allegations. I’m not requesting one of the fabricated chat or voice notes that you people usually put together to back your claims and deceive people as I’ll need to know whoever is behind this.”

Why did God not come to her rescue? Morayo Brown questions God over Osinachi’s death