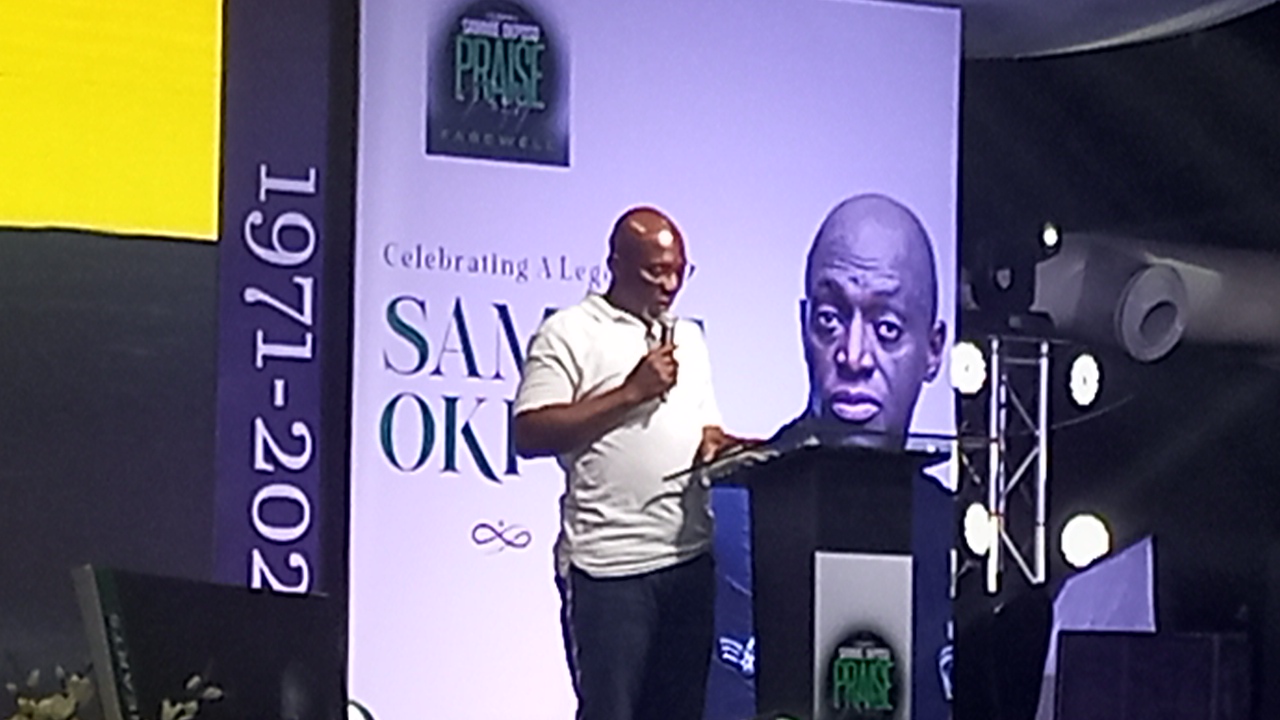 Friends and colleagues on Tuesday, December 13, 2022, celebrated the life and times of gospel artiste, the late Sammie Okposo .The event was held at La Madison Place, Oniru Lagos. The ace singer died at the age of 51 on November 25, 2022.

In a celebratory mood, friends and collegues of the award winning singer came out dressed in white with a touch of green, taking turns to give account of their experiences with the late Sammie Okposo. The  tributes night was anchored by comedian, Tee-A.

Veteran actor, Segun Arinze said: “The day Sammie realized my name is Aina Padonu, he started calling me Padovi and he calls my wife Jujum because her name is Julie.There was never a boring moment with Sammie.I have seen Sammie rise from the ashes like a phoenix time and time again and stand tall”.

Describing Sammie, his brother, Hilary Okposo said: “We saw our brother touch lives, won so many accolades, until recently even he won something exceptional. Sammie was stubborn, very stubborn and very pushy about many things.I guess that’s what bought far to where he was”.

what bought far to where he was”.

On his part, comedian and actor, AY said Sammie was the first human who made him travel out of the shores of Nigeria.

“When you talk about Warri no dey carry last, if you look at the life of Sammie you will know that he represented that intoto.You will trace that to everything that Sammie did here on earth.Sammie Okposo was the very first human who took me out of the shores of Nigeria to go do an event in South Africa”.

One of the highpoints of the event was when Sammie’s daughter Alula performed one of his songs titled ‘Jesu’. Her performance evoked rains of emotions. Tope Alabi, Mike Abdul, and others also paid tributes to him through their performances.

In her written tribute, Ozy, the late musician’s wife wrote: “Sammie served as my true love. With him in my life, I felt there would never be loneliness. In his presence, music was always in the air, singing filled hi

singing filled his day and nights. Even in his demise, I hear him singing, his song fills the massive hole left in my heart. Words are too far and few to express how much I will miss him. Through trials our love for each other always lifted us to ride through the storm.

The Industry Tributes Night was attended by Sinach, Moses Bliss, Alibaba, Akporo, Timi Dakolo, Eben,Vector, Obiwon, Yinka Davies and a host of others.