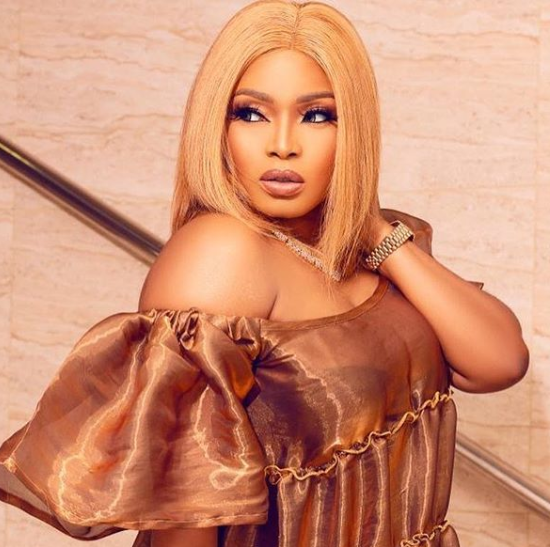 Halima has issued a series of threats on Instagram to the cleric she claims is her lover.

The 37-year-old woman who accused the Apostle of being ‘diabolic’ claimed she agreed to date him because the cleric told her he had separated from his wife at the time.

Halima, who also dragged her colleague Shan George into the saga, claimed she fell gravely ill after her affair with the Suleman ended.

Responding to the allegations through his legal team, the cleric threatened a defamation suit against the Halima.

In a letter titled ‘Defamatory Statements Concerning Apostle Johnson Suleman; Notice to Cease and Desist’, dated September 28, 2022, Apostle Suleman warned the actress to discontinue her attacks on his personality or risk being dragged before the court of law.

The letter read: “Dear Ms Halima Abubakar, Our client is an Apostle and Senior Pastor of the Omega Fire and Miracle Ministry International, with branches in all states of Nigeria and several countries of the world. By virtue of his Apostolic caling and reach he has several millions of followers who look up to him and his ministry for spiritual guidance and direction.

“It is our brief that you caused to be published malicious, defamatory and demeaning statements about our client in several micro-blog sites, chiefly Gistlover, and your Instagram handle halimabubakar, which have wider reach within Nigeria and the world.

“The statements, with their imputations, include the following; “Shan, you said you don’t thinkl am smart? lol ask sule. At your big age I’m glad gistlover sent that list. Thank you gistlover for calling me out. I for dey lie and lie for sule. Never. God bless you gistlover. But your list smal for real! Johnson try me.”