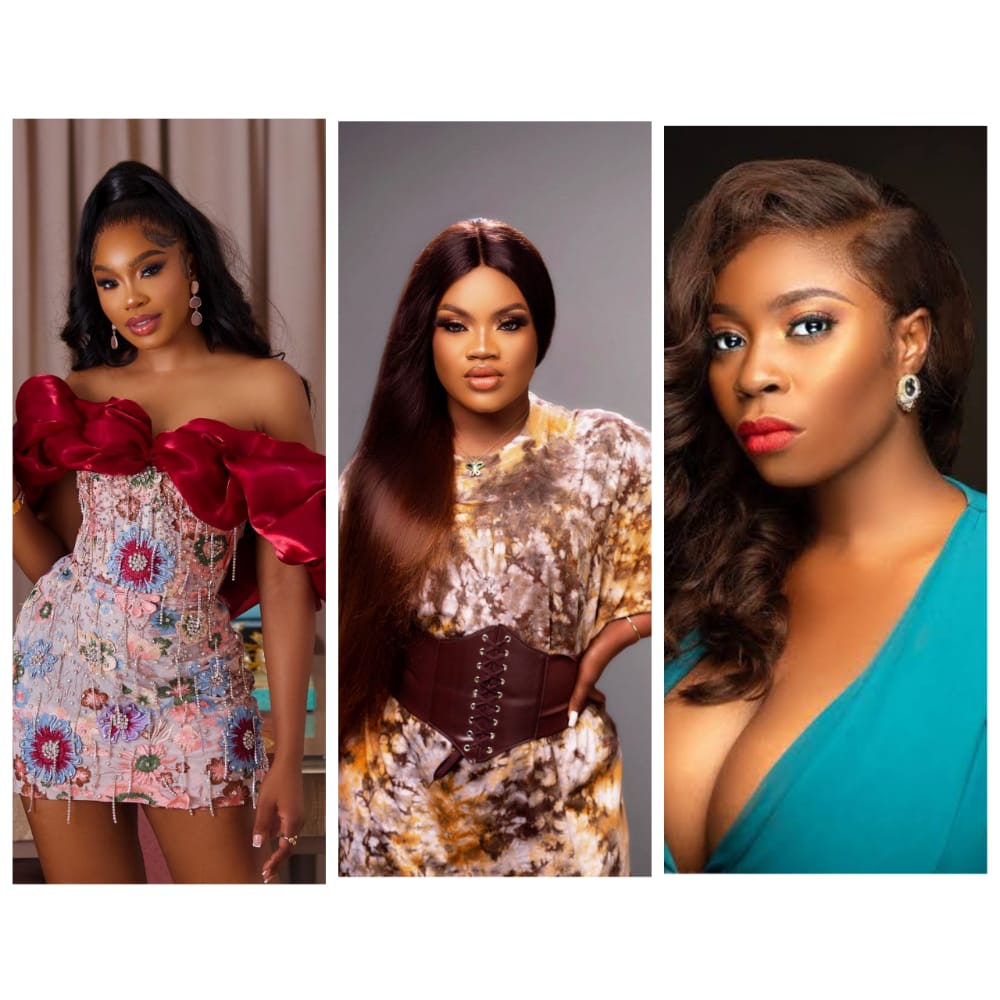 In a world as fast paced as the one we presently live in, resourcefulness, diligence and talent are vital currencies that can keep anyone sought after in any industry. As Nollywood grows in leaps and bounds, with the contribution of Netflix which has facilitated quality content, there are emerging actresses who are laying the groundwork for a better movie sector.

In no particular order, we take a look at 5 actresses you should be paying attention to in 2022.

Though Sharon Ooja is a beautiful damsel, she is equally a talented actress. Sharon came into limelight in 2013 as ‘Shalewa’ on Ndani TV’s ‘Skinny Girl in Transit’. Her career has slowly grown since she first took on that role. Her role as ‘Oluture’ in Netflix’s 2020 movie, ‘Oloture’ increased her brand value and visibility in the industry. This year she played the role of ‘Emma’ in Glamour Girls’ remake.

Ooja who hails from Benue State was among many others selected by Netflix to represent Nigeria in the program organized titled “The Bridgerton Affair” in South Africa.

Bolaji Ogunmola is undoubtedly one of the rising actresses worth paying attention to in Nollywood. When you think of Bolaji words that come to mind are talented, versatile and resourceful. Ogunmola was a participant at the 2013 Next Movie Star reality show. Ogunmola has acted along Nollywood veterans like Fred Amata, Segun Arinze and a host of others. She has featured in movies like Sobi’s Mystic, Outcast, Out of love, Progressive Tailors Club and a host of others.

Genoveva Umeh is a brilliant role interpreter whose passion and commitment will take her to the zenith of her career. Umeh has featured in movies like ‘Love is war’, ‘One Lagos Night,’ ‘Blameless’ and a host of others. She got rave reviews for her role in the movie ‘Blood Sisters’.

In an interview when asked what her experience was like starring in ‘Blood Sisters’, the gifted role interpreter said:” I had the time of my life working on the set of Blood Sisters. I remember sitting in our first table read and thinking how incredibly blessed I was to be working with acting legends & heavyweights that I’d either grown up watching and some that I had observed build their brand solely on the integrity of their craft. My Directors, Mr Biyi Bandele & Kenneth Gyang were open to my opinions before we shot each scene, I enjoyed the relationship of trust and flexibility that came with filming Blood Sisters. I loved getting in makeup, SFX and costume to help embody my character’s aura and personality. I looked forward to each day. I didn’t want the shoot to end”.

Tierny Olalere Racheal is a Nigerian born actress, content creator, filmmaker and entrepreneur. She is the creative director of Lau7production TV. Olalere graduated as an environmentalist in agriculture from Ladoke Akintola University, Ogbomoso Oyo state. The bubbly damsel has featured in flicks like ‘Alagogo ide’, ‘Mariam’ ‘Knock Knock. ‘Pajuda’, ‘Mason and Meredith (a web series), ‘Olawura’(a cinema movie )amongst others. Her dream is to be a renowned female filmmaker who uses filmmaking as a tool to add value to lives. She also has a heart for the girl child.

Recounting how her acting journey began, she said:” I’ve always had an interest in acting after watching a couple of people act. I remember when I was watching TV then and my dad would be like, ‘Oh, it’s your mate that is acting there’, ‘You can do it too’. So, that was what ignited my interest in acting and for the fact that I’ve always had the talent in me and I’ll love to develop myself in the craft of acting.

I love acting because it affords me the opportunity to be different people. I get to be a lot of different people at different times. That was what made me love this craft. I really love it”.