Marriage not easy, we have had our rough moments- Banky W 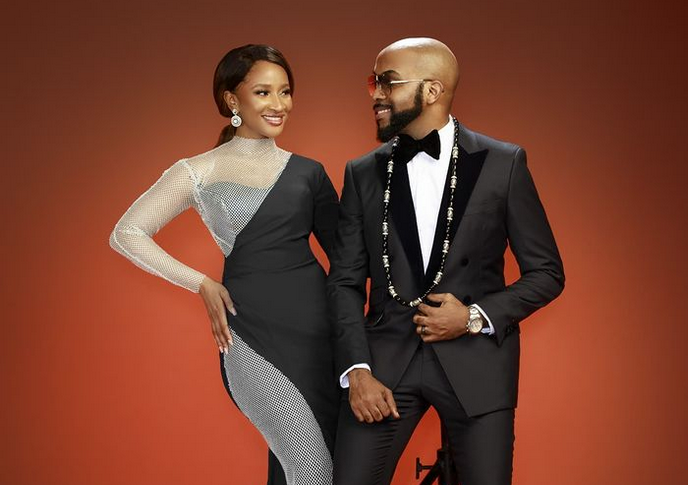 Banky W and Adesua  are perhaps one of the most loved showbiz couples in Nigeria. The entertainers in an interview with their friend, Ebuka Uchendu on Bounce YouTube Channel recounted how they met and how their marital journey has been so far.

Asked how she feels that Nigerians call her ‘Susu’ (a pet name Banky W gave her), she said: “

“I have been called Susu for a while now, it doesn’t bother me to be completely honest because he calls me many other things”.

Adesua noted that they were friends for over a year before they eventually started dating.

“I was comfortable being his friend so I wasn’t trying to be like we are going to date.So I was not trying to date him at the time, we are just going to be friends. But I am also very aware that people can change and it’s possible for lives to change. The person that I got to know wasn’t the person that I thought he was. It was very refreshing for me.The first time Banky prayed with me, I said ‘I think I love you’. It was a really big thing for me because we had spent a long time being friends and he had asked me out twice. I was in a relationship with someone else. I was like I am single and I don’t want to be with anybody. And the next relationship I get into has to be the relationship I settle into”.

Sharing his thoughts about marriage, Banky who got married to Adesua in 2017 said: “Marriage is not easy, it’s not a walk in the park. We have our moments in marriage where things were rough. That is why it is also so important to make God the foundation of your marriage. If two people are trying to get together, there is too much baggage in between. There are mistakes, there are past relationships, there are past pains and trauma .But if you put God here and both of you are trying to get closer to God, invariably you will met each other there and that has been the story of our marriage. We have both been on individual journeys trying to be closer to God. It’s progression not perfection. But in that journey trying to be closer to God as individuals, we are also on that journey together as a couple and that is what has kept us so far together .And in Jesus name, that is what will keep us together, forever”.

There were times I wanted to give up- Lasisi Elenu