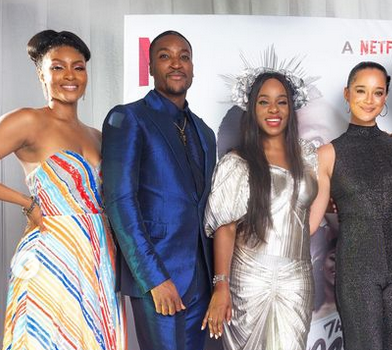 ‘Man Of God’ tells the story of a man who forsakes his harsh religious upbringing to live his own life but his soul remains caught between the world and the faith he left behind. Sam’s soul is trapped in two triangles. On one hand, three women vying for his heart, and on the other; the love of God, lust for money, and harbored deep resentment for his father wrestling for his soul.

Related Topics:Bolanle austen petersman of GodNetflixthe entertainment reporter
Up Next