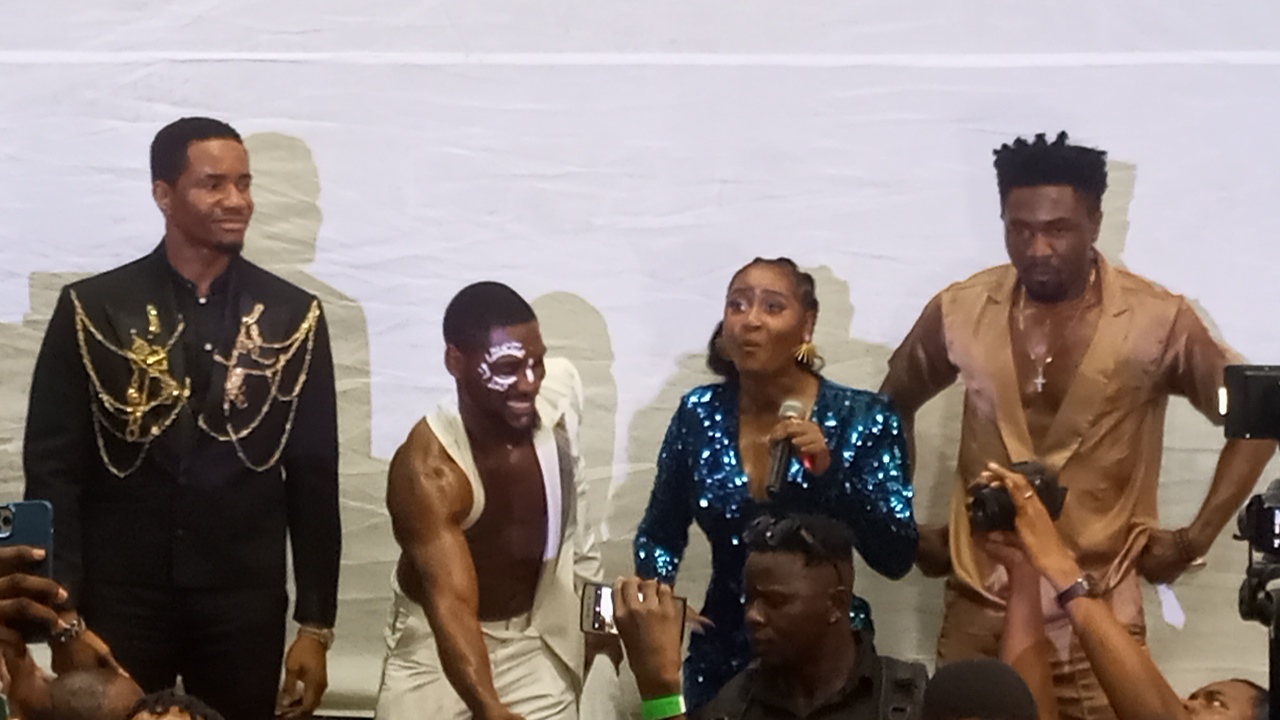 Sunday 18th of September will remain indelible in the minds of movie lovers who gathered at Teslim Balogun stadium Surulere, to watch new movie, ‘Brotherhood’.

The movie enthusiasts were clad in colourful attires as they attended the fans premiere of the flick tagged ‘Nigeria’s action thriller’.

After the movie was shown, fans screamed as Tobi Bakre, Toni Tones, Jidekene Achufusi and Boma Akpofure stepped on stage to share the delight and excitement with them.

The movie produced by Jade Osiberu, tells the story of twin brothers “Akin (Falz) and Wale (Tobi Bakre)”, who are “bound by blood, yet separated by their choices”.After years of hustling on the streets of Lagos, the brothers fall on opposite sides of the law: Akin joins the police and Wale joins a gang of robbers. Their brotherly bond is tested when Akin becomes a part of the task force hunting Wale and his gang.