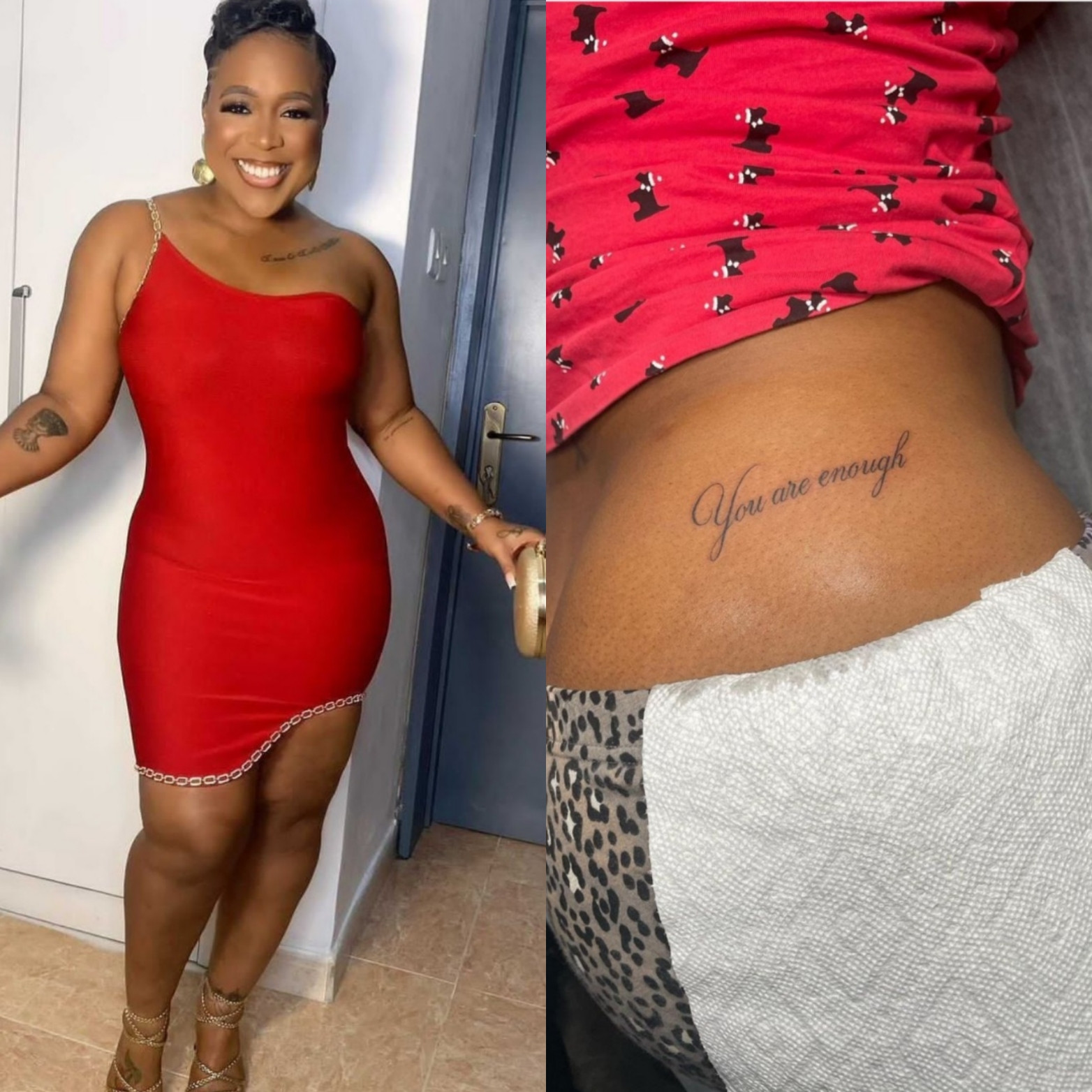 Media personality, Moet Abebe has come under fire for getting a new tattoo.

“You are enough,” the tattoo reads.

The TV host said its her 24th tattoo. She added that she struggled with insecurities before the pandemic but she has now realized that no one has their life together.

According to her: “Yes I’m addicted to getting ink but even with how many I’ve got I do not appear heavily tatted (not that there’s anything wrong with a heavily tatted female)… Tbh this was a spontaneous one but is of great significance to me mainly because for many years; maybe till the pandemic hit, insecurities ruled my life… I often felt I wasn’t enough… I often felt that I had a point to prove…. but over the past 2-3 years I have realized no one has their “shit” together, absolutely NO ONE.. so I’ve decided to embrace every part of me from now on and it is extremely comforting to realize that I AM ENOUGH and frankly speaking so are you”.

Her statement has elicited different comments from fans on social media.

@Anonymous: She is still very insecure and not a genuinely happy person. Hence, the need for constant perpetual self-reminders and self-affirmation.

@Crackhead: Don’t be shocked to wake one day and hate all the tattoos on your body. Life is like that.

@Vicm: Her actions.. from the tattoo to all she said…means that she is still insecure

Kemi Afolabi in pains after dancing at Faithia Williams birthday