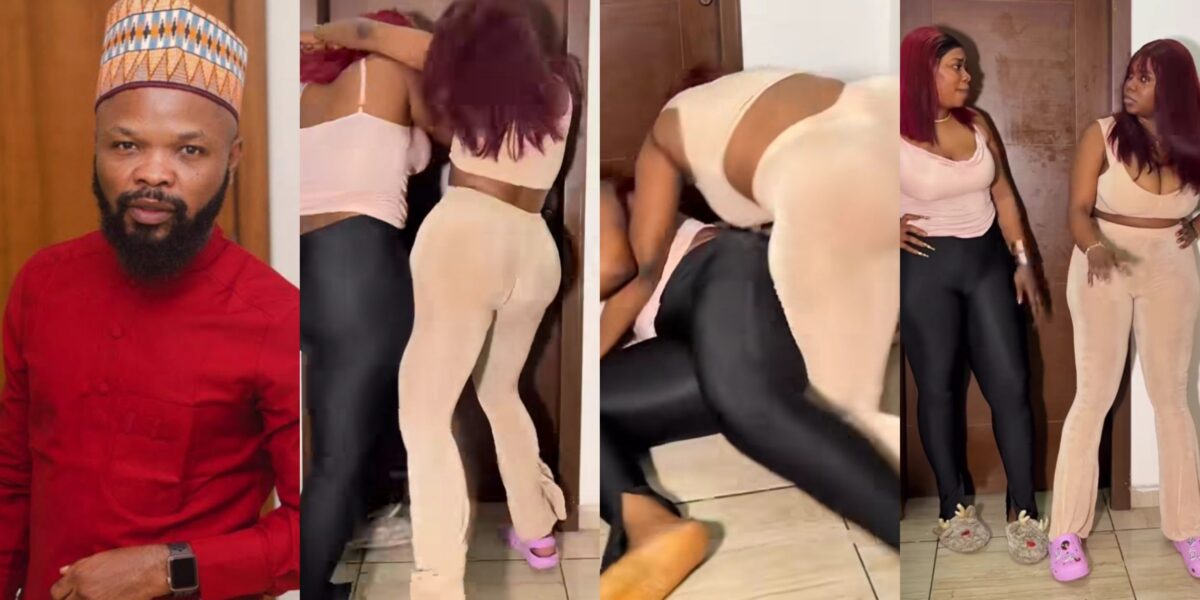 On his podcast, Nedu revealed that he once witnessed two popular influencers having sex with his friend, though he did not reveal their names.

In response, Ashmusy and Nons Miraj performed a mockery skit in which they squabbled over the fact that one of them forgot to lock the door and Nedu worked in on them.

They captioned the video;

“Me and my friend fighting because we forgot to lock the door and Nedu caught us”.

Although, not mentioning names, Nedu hinted that the celebrities are former BBN housemates. According to him, his friend was paid a BBN housemate 3million naira to talk with him and gave her $15,000 after sleeping with her.

He stated that the celebrities expect him to give silence and he respect them enough not to give away their identity.

Nedu disclosed this as he and actor, Kunle Remi pointed out how many celebrities are making money through immoral or illicit ways.