Toyin Abraham vows never to cheat any actor, opens up on how filmmakers steal money 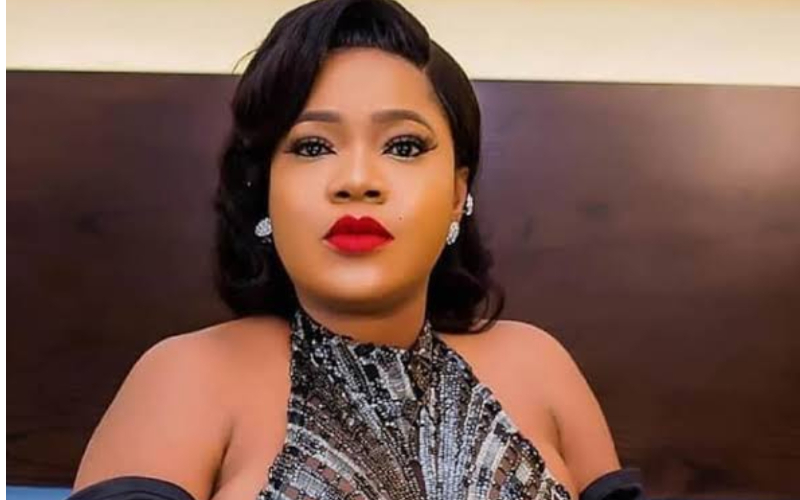 Nollywood producer and actress Toyin Abraham has vowed never to defraud an actor after revealing how filmmakers steal money.

The reasons why some filmmakers wind up spending their entire budget on a shoot were recently covered by Toyin Abraham.

Toyin alleged that movie producers used the actors’ funds due to their own financial struggles.

The single mother acknowledged that if she had the opportunity seven or eight years ago, given the challenges of filmmaking, she would have engaged in such illegal activity herself.

She said: “I’m going to be sincere and open. What you said now (on filmmakers not spending the entire budget on the project), maybe seven or eight years ago, I would have done the same if I had the opportunity. It’s poverty; it is not easy. Now, my husband is going to London to shoot, my son is upstairs sleeping, and my daughter is upstairs, and we travel first class or business class now. At the end of the day, it is hard work and God. If I take account of all the blessings— houses we have and other things, I start crying. And all these things happened in five years.

“That’s why people think I’m obsessed with FilmOne; even in FilmOne, they call me the First Lady. Yes, I am obsessed with Moses, Ladun, Mimi, Kene, and Tolu. The first time they paid me, it was forty-two million. I wanted to die. After I received the money, as far as I was concerned, everybody wanted to kill me. Even when someone innocently talked to me, I thought they wanted to kill me; everything looked like a gun. Would you believe I’m still making money from that movie done five years ago? After cinemas, I still have money in foreign currency waiting for me from Netflix. And then the airlines will buy them as well. Amazon, DStv and so on will also buy them.

Related Topics:actorFilmmakerToyin Abraham
Up Next

“A break up is bad enough”– Mofe Duncan weighs in on Alexx and ex-fiance, Fancy Acholonu’s relationship drama