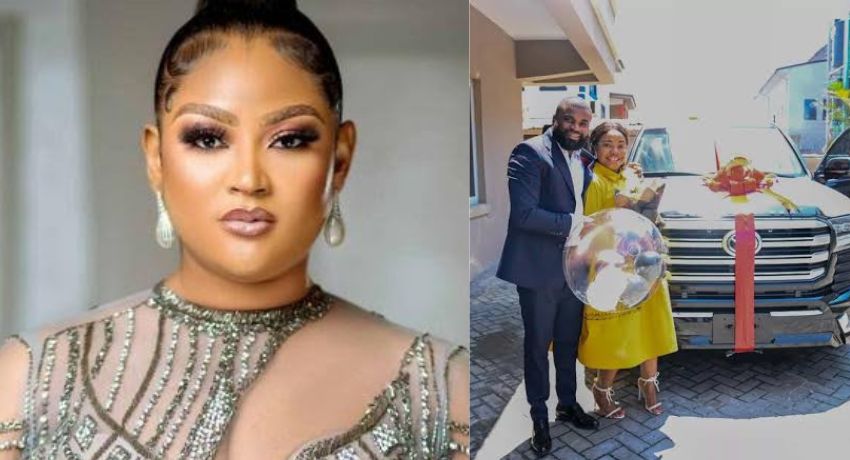 Actress Uche Elendu has backed gospel singer Mercy Chinwo in a Facebook debate after the critic advised the actress not to flaunt her marriage on social media.

The critic, who went by the name Obieze, advised Mercy to “slow down on the social media show off for now,” adding that not everyone was pleased with her marriage. Chioma Jesus is Mercy’s coworker and adopted mother.

Uche was offended by the remark and claimed Obieze was envious of Mercy’s success on Instagram. Obieze said this:

“Dear Chioma Jesus, you’re Mercy Chinwo’s spiritual mother. I want you to advice her to slow down on the social media show off for now. I know she’s still new in the marriage lifestyle so the thing will be shacking her like pamy. She has been almost all over the place ever since she got married I understand that feeling too although I’m still single.”

“Imagine this nonsense. Jealousy written all over this post.”

Feeling unsatisfied with her comment, the 39-year-old took to her Instagram story, saying she has had enough of the narrative that Christians should not live a flamboyant lifestyle or enjoy the good things of life. She wrote:

“Being a Christian means you should look poor and not enjoy your life. Enough of glorifying the devil, making the young one’s feel that wealth comes from the Devil, thereby engaging in nefarious rituals just to get rich, Enough of attributing EVERY pastors wealth to tithes and offering, Born Again Christians should show off on social media too. Let the world know that All good things come from God, Wealth is our heritage. Eccl 5 vs 19. Yall rest Abeg! It is part of Evangelism.”