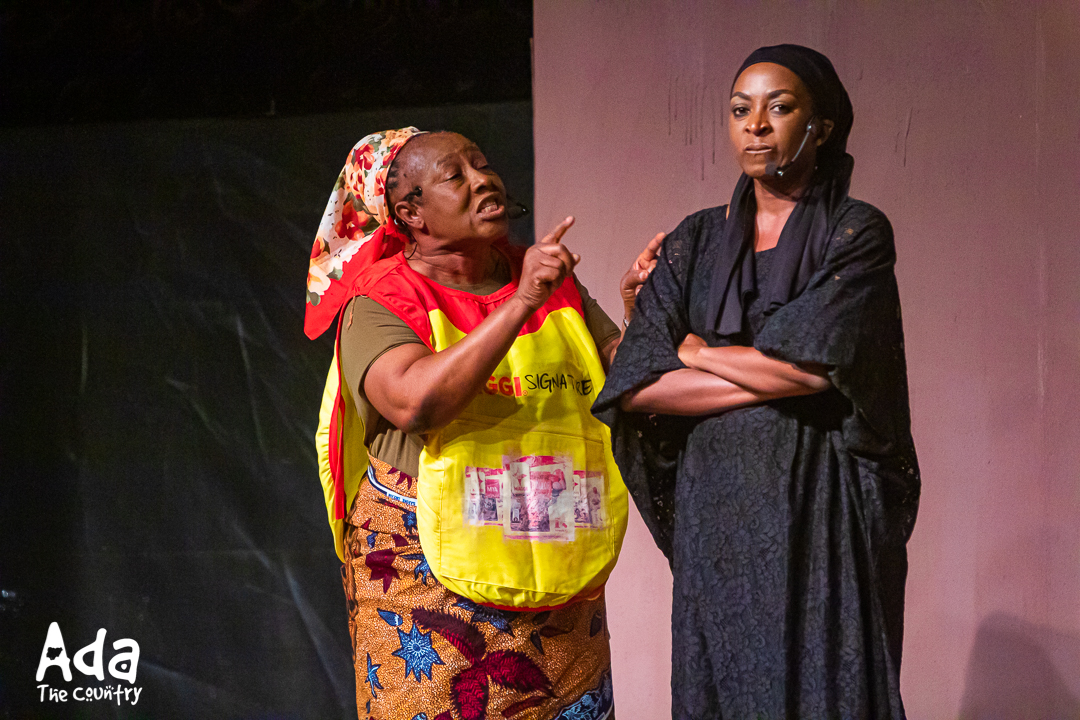 Behind the finesse of the average Nigerian urban woman are stories of pain, anguish, restoration and survival. These are the stories amplified through Doyenne Circle’s critically acclaimed musical, Ada the Country. The musical is produced as a therapy for the healing of women who have undergone abuse, pain, and trauma because of their gender.

The musical which was staged live over the Easter holidays at the Shell Hall of the MUSON Centre, Onikan, Lagos tells the story of Ada, a character played by ace Nollywood actress, Kate Henshaw, who loses her 9-month-old daughter and property in a fire incident which she barely survives herself. The traumatic experience sends her into depression but with the support of women across different generations, who have been through such harrowing experiences, she is able to walk through a process of restoration.

The story of Ada the Country has been in the offing for about ten years. It revolves around my experiences in the university and I realised that the best way to tell my story was through theatre. I spoke to Lala Akindoju about it and we got in touch with Titilope Sonuga who did the beautiful work of piecing the story together through deep poetry, music and dance.   I did this because I believe telling my story could heal someone out there. And the first time I told my story, I felt relieved and stopped doubting myself. It is an original piece that we hope to take around Nigeria and ultimately to Europe,” Marian Ogaziechi, Creator and Producer of the musical, and Founder of Doyenne Circle, commented.

In her comment, Kemi Lala Akindoju who directed the musical said:This musical presents a cocktail of messages and emotions. Through the women, we dive into themes of ambition, faith, sisterhood, marriage, motherhood, but ultimately of healing and hope. Each generation of a woman speaks into and out of the next, painting a picture of what it truly means to be alive and a woman in Nigeria today.”