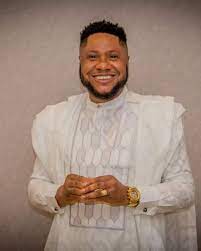 The gospel singer, who was best known for his hit song, ‘God of Vengeance’, reportedly died in Abuja on Sunday afternoon, after battling blood cancer.

The 39-year-old singer was said to have recovered from a kidney disease and was billed to travel to India for further medical treatment before his demise.

His friend, Darlington Chidera Ibekwe, broke the news of his death in a statement on social media on Sunday.

He wrote: “He lost the blood cancer battle a few hours ago in Abuja. When I spoke to him over the phone last week, he told me he had fully recovered from the kidney issue and would be proceeding to India by this coming week for treatment of the blood cancer/Leukemia”

Before his death, the “Oku Gbajie Aka” crooner sought financial assistance from prominent Nigerians.

He also visited the controversial Catholic priest Ejike Mbaka, before he was hospitalised.

Prominent Nigerians like the Imo state gubernatorial candidate in 2019, Uche Nwosu, and Ifeanyi Uba, a senator, visited him in the hospital.