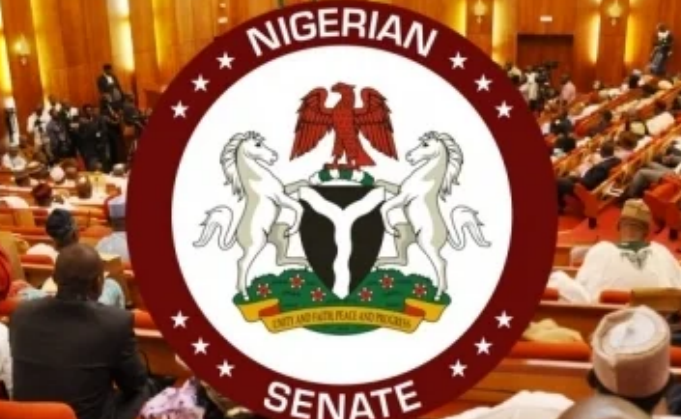 The Senate, on Wednesday, confirmed the nominations of seven members of the Monetary Policy Committee of the Central Bank of Nigeria.

The confirmation of the nominees followed the consideration and adoption of the report by the Senate Committee on Banking, Insurance, and Other Financial Institutions on the nominees.

The Chairman of the committee, Senator Uba Sani, presented and laid the report.

The President, Major General Buhari (retd.), had in the letter addressed to the President of the Senate, Ahmad Lawan, dated February 23, 2022, noted that request for the confirmation and membership renewal was made pursuant to Section 12(4) of the Central Bank Act, 2007.

Those confirmed by the Senate include Prof Mohammed Adaya Salisu and Dr. Mo’ Omamegbe – both of whom are new appointments.

Sani, in his presentation, said the nominees possessed the academic qualifications, technical knowledge and professional experience to be members of the MPC.

He also noted that the committee did not receive any petition against their nominations, adding that the nominees were all cleared by the Nigeria Police Force, Department of State Services, and possess the Code of Conduct Bureau acknowledgment Slip.

Sani also noted that one of the nominees, Aliyu Ahmed, is the Permanent Secretary, the Federal Ministry of Finance, Budget and National Planning, who will serve as the representative of the ministry in the MPC.

Meanwhile, the Senate has passed for second reading, bills seeking to establish a Nigerian Council on Economic Diversification and a National Tax Crimes Commission.

Leading the debate on the general principles of the Nigerian Economic Diversification Bill, Sabi-Abdullahi noted that Nigeria’s economic fortunes are tied to oil, which accounts for more than half of the country’s revenue.

The lawmaker said, “Despite various loans, reforms, and policies, millions of Nigerians continue to remain impoverished. Diversification helps to mitigate volatility and provides a more sustainable path for equitable growth and development. It is even more crucial now, given the slower global economy and the pressing need in many developing nations to boost revenue.”

Related Topics:MPCSenatethe entertainment reporter
Up Next