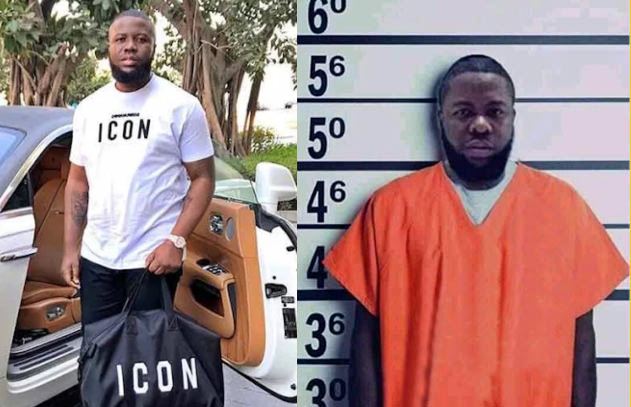 Ramon Abass Olorunwa, also known as Hushpuppi on Instagram, was finally given an 11-year and 3-month prison term.

On Monday, the Central District of California’s United States District Court passed judgment on him.

He has been found guilty since September, but his attorney asked for a postponement of the judgment so that they may explore the possibility of arguing for a lesser term than the eleven years the prosecution had suggested.

His advisors were unable to accomplish their goal, though.

Recall Hushpuppi pleaded guilty in April 2021 to one count of conspiracy to engage in money laundering.

He was arrested in Dubai, United Arab Emirates, in June 2020 and has remained in federal custody since his expulsion from the UAE.

A statement released by the US court on the aformentioned case read, “Abbas bragged on social media about his lavish lifestyle – a lifestyle funded by his involvement in transnational fraud and money laundering conspiracies targeting victims around the world,” said United States Attorney Martin Estrada.

“Money laundering and business email compromise scams are a massive international crime problem, and we will continue to work with our law enforcement and international partners to identify and prosecute those involved, wherever they may be.”

“Ramon Abbas, a.k.a. ‘Hushpuppi,’ targeted both American and international victims, becoming one of the most prolific money launderers in the world,” said Don Alway, the Assistant Director in Charge of the FBI’s Los Angeles Field Office. “Abbas leveraged his social media platforms – where he amassed a considerable following – to gain notoriety and to brag about the immense wealth he acquired by conducting business email compromise scams, online bank heists and other cyber-enabled fraud that financially ruined scores of victims and provided assistance to the North Korean regime. This significant sentence is the result of years’ worth of collaboration among law enforcement in multiple countries and should send a clear warning to international fraudsters that the FBI will seek justice for victims, regardless of whether criminals operate within or outside United States borders.”