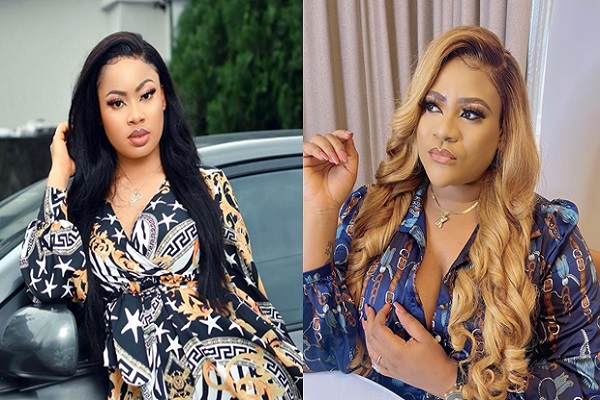 Actress Nkechi Blessing retaliated against Big Brother Naija reality star Nina Ivy after the latter claimed the latter had made fun of her marriage.

After Nkechi claimed that the reality star kept her first marriage a secret and that it ended in divorce on Thursday night, the drama began.

An enraged Nina, who recently got remarried, responded to the claim by accusing Nkechi of using her marriage as “clout.”

“Nkechi Blessing not everything is for clout. Plus you know absolutely nothing about me, you can only feed off social media news. So please shush,” Nina wrote.

Responding to Nina in an Instagram post on Friday, Nkechi issued a warning to the mother of one.

“Be like this one dey mad. Me go drag you reach that Atlanta wey you dey. Cos where did your name enter my post. You will tell me as you no wan get sense.”

In another post, the actress added: “Same you made reference to my relationship then. E go touch everybody na just time, you really dey mad o Nina.”

Regina Daniels fires back at critics of marriage to Ned Nwoko