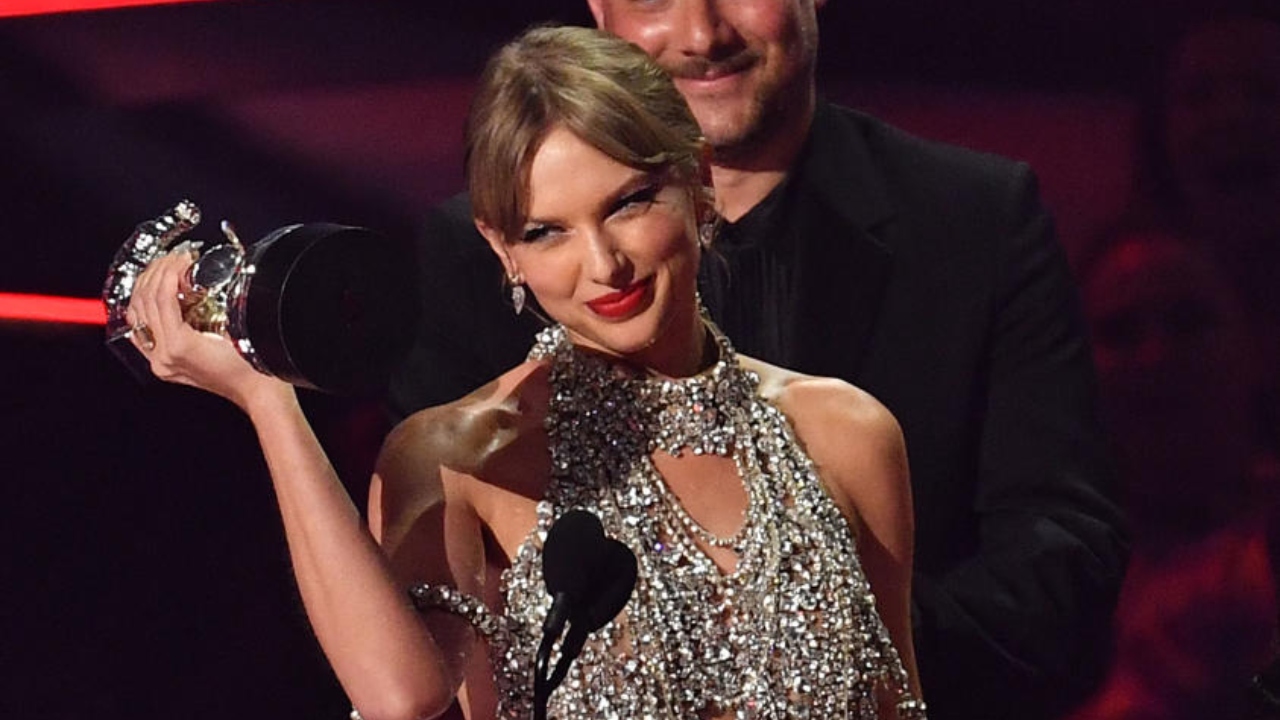 At the 2022 MTV Video Music Awards, Taylor Swift received the night’s top prize and danced home while announcing the release of her brand-new album, “Midnights.”

As the first artist to win for a video she directed herself, Taylor Swift stands out as the only artist to take home a third video of the year trophy. She received a plaque in 2015 for “Bad Blood” and in 2019 for “You Need to Calm Down.”

The 32-year-old singer announced the release date for her tenth studio album, All Too Well (10-minute version), while accepting the trophy for “Video of the Year” for the song.

“You guys, I’m just so proud of what we made, and I know that every second of this moment that we wouldn’t have been able to make this short film if it weren’t for you, the fans.”

“Because I wouldn’t be able to re-record my album [Red (Taylor’s Version)] if it weren’t for you. You emboldened me to do that. And I had sort of made up my mind that if you were going to be this generous and give us this, I thought it might be a fun moment to tell you that my brand new album comes out October 21st. And I will tell you more at midnight.”

On social media, she shared the title and cover of the 13-track album, describing it as “the stories of 13 sleepless nights scattered throughout my life”.

“This is a collection of music written in the middle of the night, a journey through terrors and sweet dreams,” she wrote. “The floors we pace and the demons we face. For all of us who have tossed and turned and decided to keep the lanterns lit and go searching – hoping that just maybe, when the clock strikes 12 … we’ll meet ourselves.”

Artist of the Year
Bad Bunny

Group of the Year
BTS

Song of the Year
Billie Eilish – “Happier Than Ever”

Push Performance of the Year
December 2021: SEVENTEEN – “Rock With You”

Best Pop
Harry Styles – “As It Was”

Best Hip-Hop
Nicki Minaj ft. Lil Baby – “Do We Have A Problem?”

Best Alternative
Måneskin – “I WANNA BE YOUR SLAVE”

Best Cinematography
Harry Styles – “As It Was”

Best Direction
Harry Styles – “As It Was”