I will expose you, BBNaija's Ike warns Mercy Eke 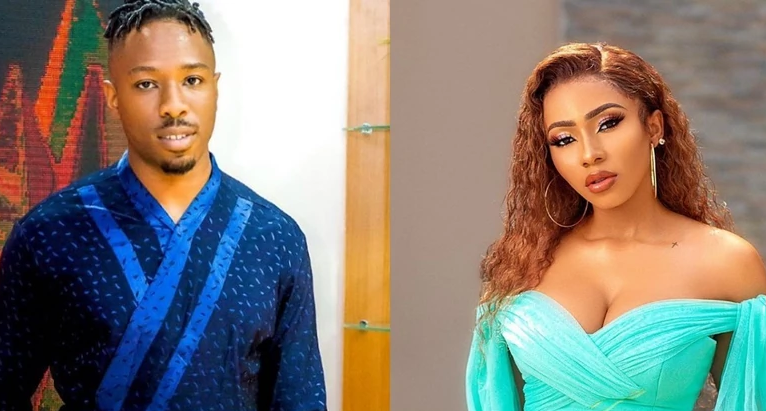 Former Big Brother Naija housemate Ike Onyema has warned  his former girlfriend, Mercy Eke if she continues to say terrible things about him.

The reality TV star made this known while reacting to Eke’s new comments about their relationship.

Eke had said during one of the episodes of the podcast ‘Frankly Speaking‘ that she once dated someone she was taking care of.

It didn’t end there as she denied dating Ike when one of the hosts Nedu assumed she was referring to their publicised relationship.

In a swift response, Ike debunked the claims that a woman ever took care of him while they were dating.

“I am responding to this, because it’s obvious that the producers of this podcast can’t pay for ads to promote the dead podcast, so as usual, they look for who to attack to indirectly promote their dead podcast, well congratulations you have Triggered perfectly, for over two years my image and reputation have constantly been dragged to the mud,” he wrote.

“So it’s time to swim with pigs, I am making a bold statement that no lady whosoever has taken care of me. If anyone claims otherwise they should bring out receipts of one thing they have done, I have been quiet because I don’t also want to expose so many people including the show.”

“So I intentionally allowed myself to be ridiculed, but that era is over, people that can’t take care of their family coming out to chat shit about me, @nedu_wazobiafm and @prettymikeoflagos please be careful how involve yourself in things you have no idea of the background story.”

“I respect both of you but I would not hesitate to call you guys out if I’m being disrespected to please your principals and the bosses that hired you. This should be the last time anyone would use me to count cheap scores.”

“I would start dropping receipts and exposing everyone if this continues, I have enough receipts to go around and everybody go collect, enough is enough!!!!! A word is enough for the wise!!!!!”

Related Topics:IkeMercy Eke
Up Next

I dread losing my mother-Laycon