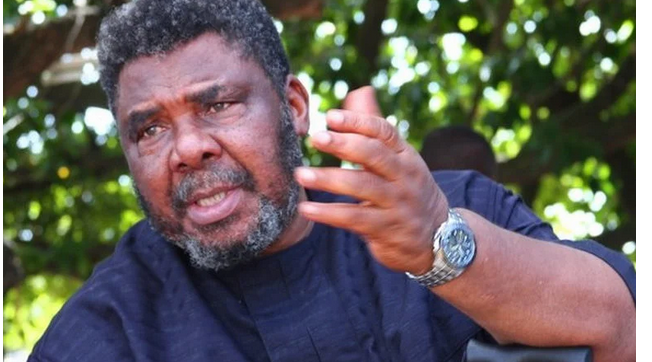 Veteran actor, Pete Edochie has said a president of Igbo extraction is long overdue in Nigeria.

He lamented that Nigeria has not had more than one Igbo head of state, more than sixty years after independence.

“Igbo people are Nigerians. In 1956 when Queen Elizabeth came, it was the vehicle of an Igbo man Odumegwu Ojukwu that was used to convey her, since he was one of the richest black man at the time,” the actor said.

“He never asked to be paid. Successful Nigerians in those early times were people of Igbo extraction: Power Mike in boxing, Chinua Achebe in literature. Even Ben Enwonwu, the Nigerian who painted the queen at the time, is Igbo.

“I myself as a successful actor am an Igbo man. Igbo, Hausa, and Yoruba are the major ethnic groups in Nigeria. Only once in the history of Nigeria has it emerged that an Igbo person became the head of state in Nigeria.

“That was Aguiyi Ironsi during the military government and his headship was short-lived. Since then, the north and the Yoruba have been sharing power between themselves, apart from Goodluck Jonathan who isn’t even Igbo.”

“Why has power not returned to the Igbo people? Is there a plot by the political elites to sideline the southeast? I’ve lived in the north. I speak Hausa. But it’s long overdue for Nigeria to have a leader of Igbo extraction,” he added.

“You can’t justify marginalising the Igbo people. Igbo can deliver strategic leadership that will transform Nigeria. That is the Igbo way. We’re resilient by nature. The looting of Nigeria’s resources will end with Igbo leadership.

“The problem in Nigeria is greed. Leadership is dominated by northerners but, 60 years after independence, we’ve not ended the electricity problem, when coal-based Oji River supplied power to the whole east before the civil war.

“It’s true we Igbos can’t fold our arms and wait for power to be delivered. But we can’t struggle for it all by ourselves.”

How my toxic marriage left me depressed -Onyeka Onwenu