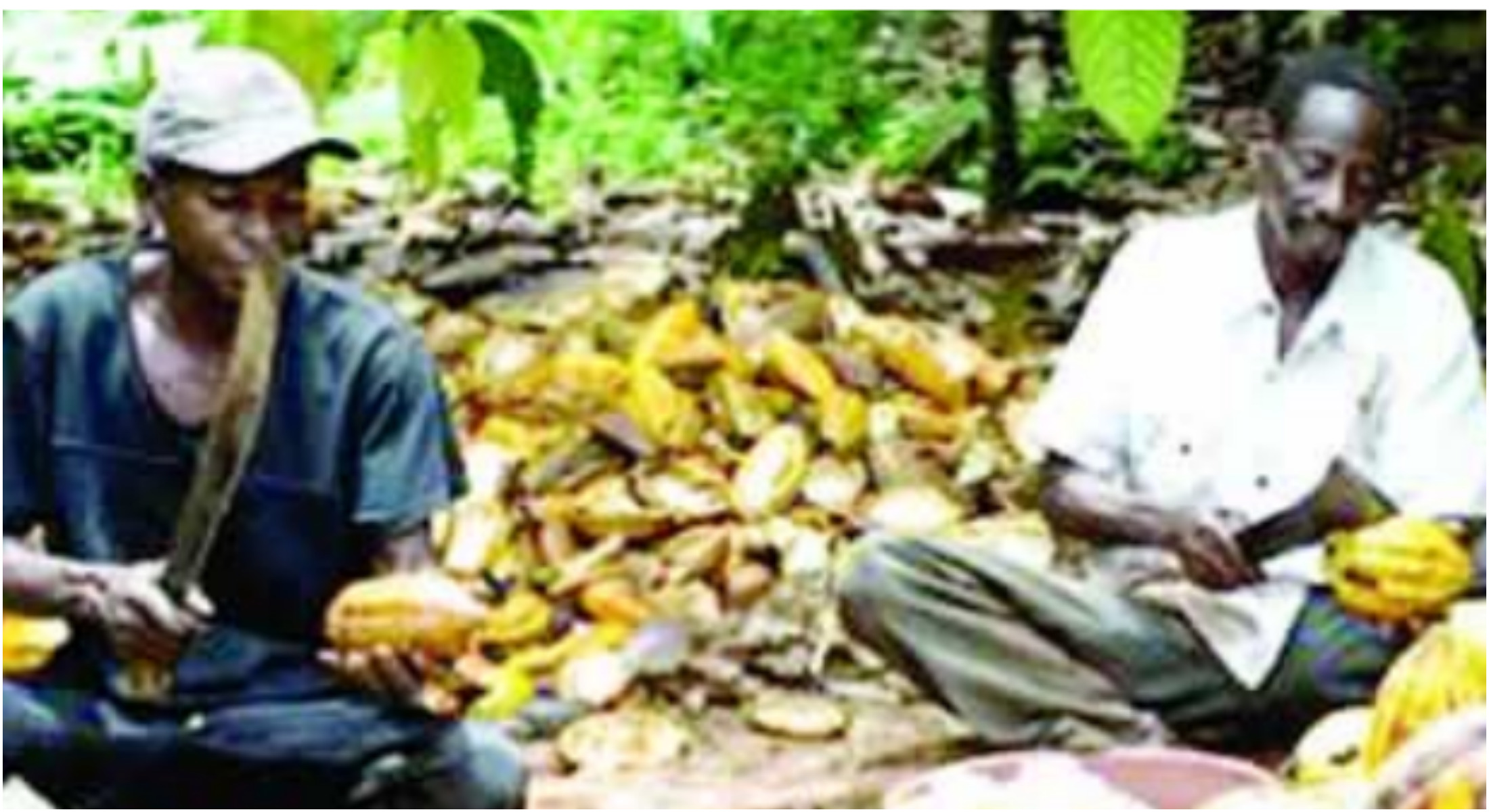 The Federal Government had been losing about N60bn annually because of its refusal to collect Living Income Differential for cocoa producers, the President of the Cocoa Farmers’ Association of Nigeria, Adeola Adegoke, has said.

He said this on Thursday during a workshop organised in Abuja by Agricultural Policy Research in Africa, in conjunction with the Department of Agricultural Economicsa University of Ibadan with the theme ‘Cocoa commercialisation in Nigeria: Issues, prospects and policy requirements’.

According to him, there is a need for government to follow international best practices that support the production of cocoa in the world.

LID is a cocoa pricing agreement first launched in Côte d’Ivoire and Ghana to help cocoa farmers escape from poverty by adding a premium to the prevailing market price.

Adegoke said the foreign exchange deficit being experienced at the moment could only be solved by cocoa economy.

He said there must be certifications, traceability of all cocoa farmers, the number of hectares of land on which they farm and the type of cocoa crops they produce.

Adegoke said that the association was poised to lead the country to regain its lost glory among cocoa-producing countries in the world.

He noted that in the 1960s, Nigeria was producing 590,000 metric tonnes of cocoa and was adjudged the second biggest producer in the world.

He said, “In Ghana today, each farmer collects $400 on each tonne of cocoa after the fall price. Same in Ivory Coast, and that’s why we believe that Nigeria must begin to collect Living Income Differential and refusal to collect it makes us lose N60bn annually.

“When the oil boom came, cocoa was relegated. In the last two months, cocoa has shown it is the highest to oil in terms of foreign exchange. It means the foreign exchange deficit we are experiencing can only be solved by cocoa economy. As at today, what cocoa is bringing to Nigeria is next to oil. When you look at the percentage, it shows the potentials.

The Chairman, House of Representatives Committee on Agricultural Colleges, Universities and Institutions of Agriculture, Munil Danabundi, said policies on production and sustainability of the cocoa economy must be backed by legislation, adding that the problem with remarkable policies had been the issue of implementation.

He said, “Policies have been very good in this country but implementation has been something else and we have a lot of challenges in it. Cocoa farming is one of the sustainable investments that will give employment to the teeming Nigerian youths. We are not going to leave policies at the ministry level anymore without being backed by law.

“There are about 22 states in the country that can farm cocoa and the potentials are enormous for the country”, he said.

The Country Lead and Principal Investigator of APRA in Nigeria, Dr Adeola Olajide, said the government needed to create a cocoa utilisation and consumption policy, adding that we must consume locally-produced cocoa.

“We need processing zones and we need agricultural logistics and services for the cocoa sector. With the role that cocoa plays in income generation, it should be given priority,” she added.