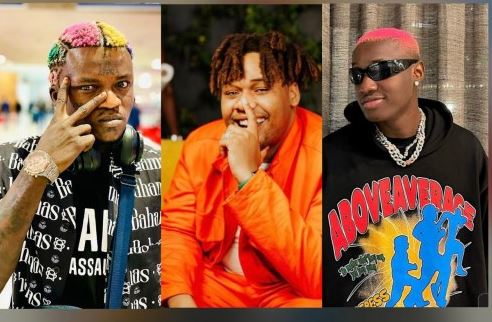 Controversial music artiste Portable has taken swipes at his colleagues Ruger and BNXN, accusing them of buying awards.

The singer shared a video on Instagram on Thursday, where he heavily criticised Ruger and BNXN while making a number of allegations.

The 27-year-old also criticised their lyrics which he claimed are excessively about women.

“Tell Ruger and Buju to learn music from Dr. Zeh. They don’t know how to sing. Their lyrics are not audible. It’s not that we don’t understand English. It’s just that their wordings are not audible enough.”

Ruger and BNXN are yet to react to Portable’s rant as of the time of this report.

Portable was disqualified for threatening his fellow Headies nominees in May 2022.