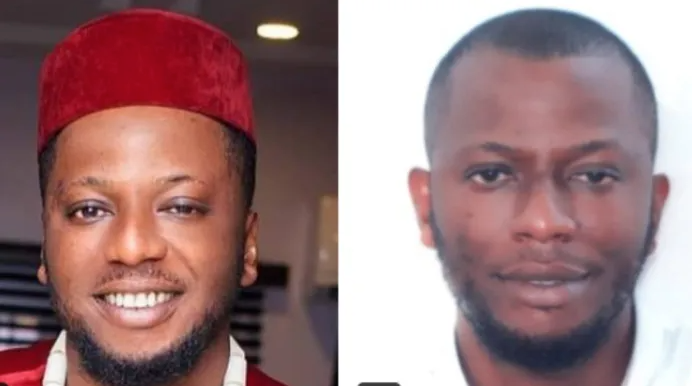 A Nigerian is wanted by the Federal Bureau of Investigation (FBI) in the United States after it was claimed that he defrauded New York of over $30 million.

According to a statement made public by the US Department of Justice (DoJ) on Friday, Chidozie Obasi was indicted on 16 counts of wire fraud, six counts of mail fraud, and one count of conspiracy to commit mail and wire fraud.

The Nigerian was accused by US authorities of allegedly defrauding US hospitals out of $31 million by selling COVID-19 ventilators that weren’t actually there.

The DoJ explained that the scheme, which had first targeted Americans through a spam email campaign offering bogus “work from home” jobs, later switched to targeting American hospitals and medical systems by promising nonexistent ventilators during the COVID-19 pandemic.

The DoJ continued that shortly after COVID-19 had struck the United States, Mr Obasi took advantage of the Economic Injury Disaster Loans (EID Loans) introduced to aid Americans affected by the pandemic-induced lockdown by applying for and receiving more than $135,000 in EID Loan proceeds by stealing identities and information of American citizens.

The 29-year-old allegedly perpetrated the schemes from Nigeria alongside other co-conspirators, from abroad in Canada between September 2018 and June 2020, the department said.

“The scheme alleged in the Indictment began in September 2018, with a spam email campaign that offered phoney “work from home” jobs. When a person responded to the phoney job offer, Obasi or a co-conspirator posed as a representative of a legitimate company, often a supposed medical equipment supplier based outside the United States, and offered the person a job as the company’s US representative with responsibilities including collecting on outstanding invoices.

”A co-conspirator in Canada then sent the new ‘employee’ counterfeit checks purportedly from customers of the company, and the new ‘employee’ deposited the checks, took a commission, and wired the rest of the money to a foreign bank account ostensibly owned by the fake company. As alleged in the Indictment, Obasi and his co-conspirators obtained more than $1 million in this manner.

”The Indictment further alleges that in approximately March 2020, soon after the COVID-19 pandemic hit the United States and ventilators were in high demand, Obasi posed as a representative of an Indonesian-based medical supply company offering ventilators for sale, and claimed to have a large stockpile of ventilators manufactured by a German company whose headquarters was in Telford, PA.

”The defendant allegedly convinced a medical equipment broker in the U.S. to broker sales of these non-existent ventilators, and ultimately deceived the State of New York into wiring more than $30 million for the purchase of ventilators that did not exist. Obasi continued to target other potential customers with this same scam, including hospitals.

”Later, in approximately June 2020, the Indictment alleges that Obasi and his co-conspirators took advantage of the EID Loan program by using stolen identities of U.S. citizens to apply for and obtain more than $135,000 in EID Loan proceeds.”

The statement said Obasi faces up to 621 years in jail with full restitution and a fine if caught and prosecuted.