5 Most Controversial Entertainers of 2022 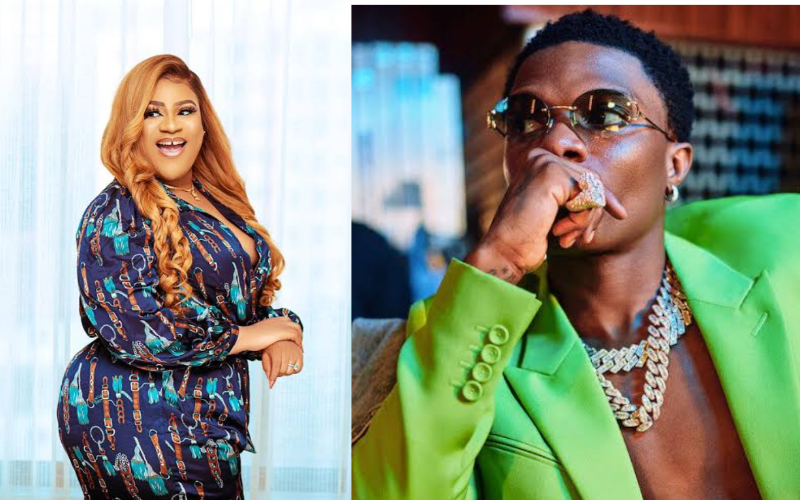 Like previous years, the entertainment industry in 2022 have had a lot of excessive amount of controversial celebrity-related incidents. Entertainment in Nigeria has continued to be heavily influenced by controversy.

Entertainment reporter looks at 5 of the most controversial Nigerian celebrities of 2022. Nkechi Blessing is a renowned person whose love of controversy knows no bounds. The actress was frequently in the news in 2022 as a result of her contentious divorce from Opeyemi Falegan. The two occasionally fought on social media, exchanging insults and Opeyemi declaring Blessing to be a lesbian.

But the actress has plenty of “controversial content” in addition to her contentious altercation with Falegan.

Nkechi Blessing gained notoriety when she confronted a thug who was allegedly trying to obstruct the filming of her movie, “Martha Omoluabi.” Portable’s divisive persona has been essential to his soaring popularity, and he proved it once more in 2022. It has brought him a lot of fame and endorsement deals.

The singer began the year with a string of feisty dramas, including accusations that he had impregnated a woman and declarations that he was prepared to steal people’s wife.

The “Zazuu” crooner garnered media attention in January as a result of his altercation with the show promoter Kogbabidi and his trip to Kenya. His assertion that he had a charm as well as his alleged threats to kill people and cult claims made people curious.
Usman Alkali Baba, the inspector general of police (IGP), commissioned an investigation after Portable received a lot of criticism for claiming to have founded the cult groups “Ajah Boys” and “One Million Boys”

He also faced criticism after the Headies disqualified him for threatening to kill the winners of his categories at the 2022 ceremony.

Additionally, the police in Ogun State invited him after he ordered his team to beat up a man. Ossai Success, Ifeanyi Okowa’s aide, had suggested that Portable seek rehabilitation in response to his apparent intolerable actions.

The musician also made headlines in the months leading up to the Osun State governor’s election. The singer made sure that a lot of attention was paid to everything from flaunting money to calling out Davido and his detractors and also making fun of the All Progressive Congress (APC). Yul Edochie loves the attention. Conversations about his desire to run for president of Nigeria began in 2022.

The actress, Judy Austin was then revealed to be his second wife with a son they had together, shocking many of his fans. Yul relished the excitement that cam with it because it was a pivotal moment of his life.

In addition, Yul’s marriage to Judy rekindled discussions about polygamy and elicited an outpouring of criticism from May Aligwe, his first wife, as well as other well-known figures like Victoria Inyama and Daddy Freeze.

Despite the criticisms, the actor stood by his decision. Just recently, Yul came under fire for making a public apology to his first wife, May.

He also received verbal abuse for his remarks regarding the Apostle Johnson Suleman sex scandal.

After losing in both of the categories for which he was nominated at the 2022 Grammy Awards, Wizkid had a rough start to the year.

He was also in the news for speculations of a rumored relationship with Osas Ighodaro.

The singer initially revealed a somewhat different side of himself as the year progressed after he boasted about his wealth, unfollowed everyone on Instagram, and declared he was single.

The Grammy award-winning singer then sparked controversy by declaring that rap music is “boring and dead.”

After missing out on two paid concerts, Wizkid infuriated his fans in Ghana and Cote d’Ivoire once more. Tonto Dikeh is without a doubt one of the most renowned Nollywood actresses, but in 2022, scandals and controversies were what kept her so prominent in the public eye.

The actress rekindled beef with her ex-lover, Prince Kpokpogiri, made headlines. She also got into separate arguments with Ada Karl, Bobrisky, and Journalist Kemi Olunloyo.

Tonto Dikeh shocked many of her supporters and detractors when she announced her selection as the African Democratic Congress (ADC) candidate for governor of Rivers States’s running mate.

Related Topics:20225 Most ControversialEntertainers
Up Next