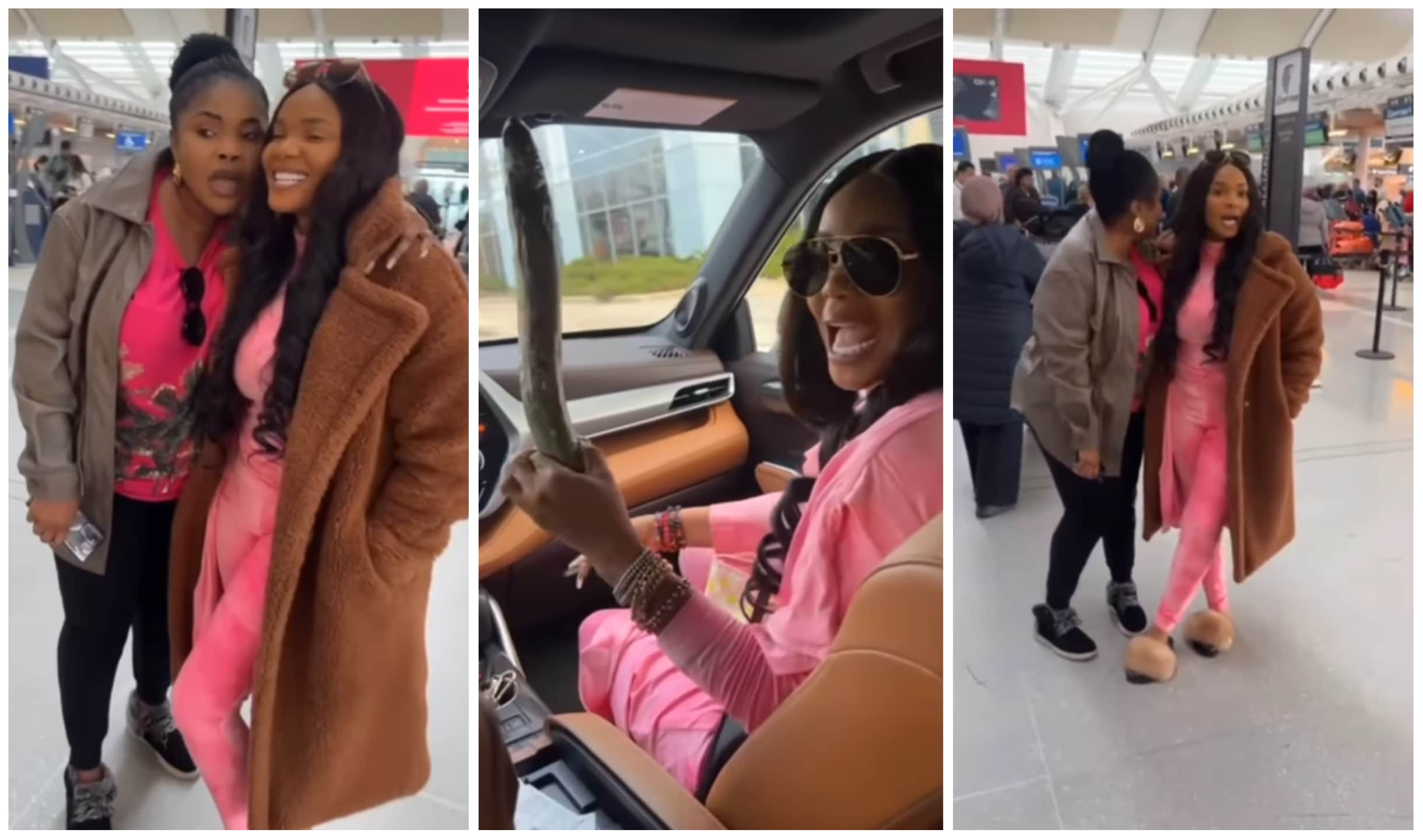 Nigerian actress Lola Alao, who lives in Canada, responded to Iyabo Ojo’s inquiries regarding a sex toy he discovered in her vehicle.

Iyabo, who visited her colleague in Canada, is seen in the video making fun of the woman for being a sex addict while pointing a sexual object in her direction.

“What is this thing doing in your car?” Iyabo playfully asked in Yoruba.

“I use it to pleasure myself,” she said.

“See how it looks, I pity your under, this is too much and long, you have even overused the life out of it,” Iyabo replied.

Lola who was driving the car, kept laughing as Iyabo continued making jokes about her sexual activities.