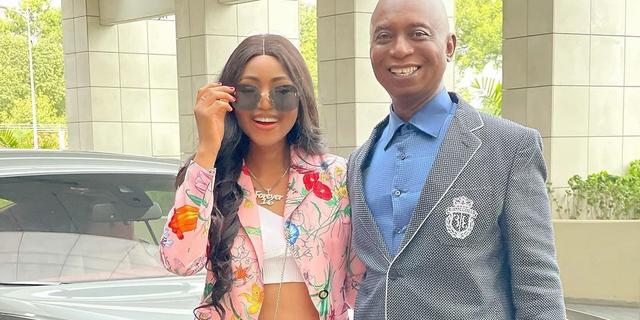 Ned Nwoko, the billionaire husband of Regina Daniels, has demanded $40 million in compensation and an apology from the Nigeria Governors’ Forum (NGF) for alleged character defamation.

One of the advisors in the infamous $418 million Paris Club refund is Nwoko. The agreement pits governors of individual states against the federal government.

Nwoko allegedly claimed that he had a problem that affected his ability to practise law with the British Law Society in a letter to the NGF demanding that they pay him the specified sum.

In a petition filed by Paul Philip from the Rolls Law Firm based in Abuja, Nwoko complained of a statement by Abdulrazaq Barkindo, wherein, he said, “It is curious that in the introduction of himself, Mr. Ned Nwoko said nothing about his current status with the UK Law Society and the widely held belief that he was disbarred for fraudulent activities.”

Owing to the statement, Nwoko’s lawyers said, “the above quoted statement is profoundly malicious and false as our client has never been disbarred from legal practice in the United. Kingdom.”

Nwoko’s lawyers went on to say that the above statement lowered their client in the eyes of his business partners, friends, constituents, and well-wishers.

The lawyers demanded from the NGF, “a publication in two national newspapers as well as in your online news media statements retracting the libelous publications of 21st August, 2022, with an unqualified apology within 48 hours from the receipt of this letter.

“You pay the sum of $40,000,000 to our client as compensation for the malicious, false and disparaging publications. This letter should also be taken as a pre-action notice to you peradventure you choose not to heed to our client’s demands.”

Nwoko claimed that the NGF statement quote was intended to harm his reputation and portray him as a dubious, cunning, dishonest, and fraudulent person of questionable character.

“The implication and innuendos from the false allegations is to abuse the minds of the public and rouse public support against your refusal to pay his consultancy fees instead of addressing the issues in controversy.

“It is common knowledge that our client attended universities of Keele and Kings College, University of London, two world renowned institutions where he obtained his first degree and masters.

“After his call to the English Bar, as member of the Lincoln’s Inn, he re-qualified as a solicitor of the Supreme Court of England and Wales.

“He had the rare fortune of establishing and growing one of the most successful law firms in Great Britain in the 1990s. By dint of due diligence and divine grace, he was adjudged by credible legal authorities in London as the best black Lawyer of African descent resident in the UK.

“Our client came back to Nigeria in I999, to embrace an equally enchanting destiny heading to the House of Representatives, Abuja, to represent his people Aniocha/Oshimili Federal Constituency, as the nation returned to multi-party democracy,” Philips stated in the petition to the NGF.