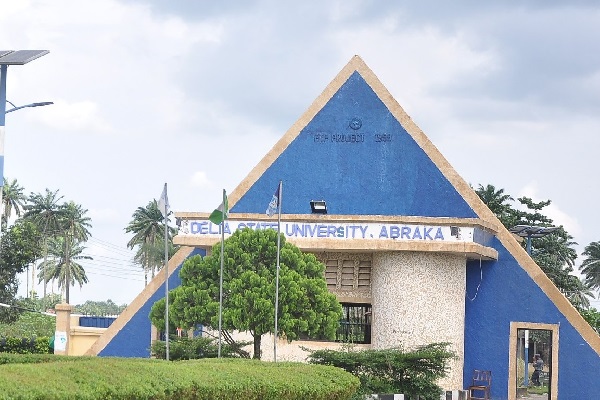 Barely one week after a kidnapped lecturer of Delta State University Abraka, Professor Ovaborhene Idamoyibo died, a final year student of the institution identified as Chris Oghojafor has regained his freedom from the kidnappers’ den.

Oghojafor, a student of Industrial Chemistry at the University, was released after the payment of ransom said to be in the range of N3million.

It was gathered that Oghojafor, who was abducted last Friday night within Abraka community in Ethiope-East Local Government Area of the state, regained his freedom late Monday night.

It was gathered that the kidnapped student who was let off the hook by his abductors after payment of N3million was released near Ugolo-Orogun by the railway in Ughelli South Local Government Area of the state.

The gunmen were said to have demanded a ransom of N50m to secure the release of the abducted student but the family reportedly haggled it down to N3million.

A terse message on Monday night from the victim’s father, John Oghojafor Esq., a Senior Legislative Aide to the Deputy Senate President, read, “My son, Chris Oghojafor, who was kidnapped in Abraka by Fulani herdsmen, since on Friday evening, has just been released now. Glory be to God”.

Confirming the abduction earlier, the anguished father had revealed that the kidnappers called his wife to demand a N50million ransom but later negotiated to N3million.

“They kidnapped my son on Friday night. They called my wife to demand N50million. Later, they negotiated to N3 million”, he had told journalists.

Oghojafor, who made an appeal to the kidnappers to release his son unhurt, noted that Chris was just a student who was planning to be a better person in society.

When contacted, the Police Public Relations Officer for Delta State Command, DSP Bright Edafe told our correspondent that he was “not aware yet”.

Recall that Professor Ovaborhene Idamoyibo, a lecturer and Head of the Music Department at DELSU, who was kidnapped on April 9, 2022, was found unconscious after his abductors released him following the purported payment of a N3million ransom.

The deceased Professor was kidnapped by gunmen in Eku, Ethiope East Local Government Area of Delta State while returning to Abraka after a family meeting in Sapele.

His kidnappers reportedly demanded from the family a whopping sum of N50 million as ransom to secure his release but the family was only able to mobilise N3million for the abductors who subsequently released him on Sunday night, but was found unconscious by those who went to pick him up.

Why We are planning befitting burial for Alaafin-Makinde