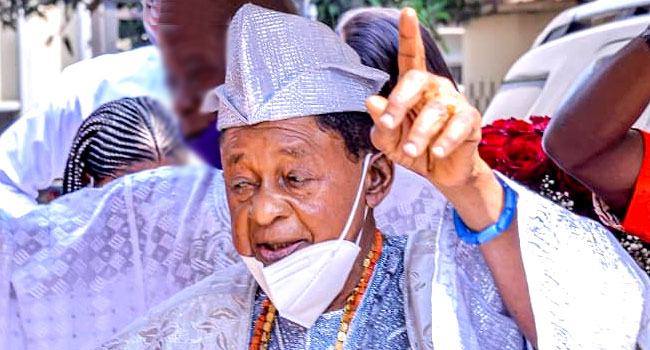 The last wish of the late Alaafin of Oyo Oba Lamidi Adeyemi III was to see Bola Tinubu become president, his son Akeem Adeyemi has revealed.

Adeyemi, who is representing AFIJIO/Atiba, Oyo East, Oyo West Federal Constituency, revealed this at the 84th posthumous birthday of the late monarch in Oyo at the weekend.

The ceremony was held at the new mini stadium in Ode Aremo, Oyo, near Alaafin’s palace.

The lawmaker said Tinubu, the presidential candidate of the All Progressives Congress (APC), has contributed immensely to the development of the country, calling on youths to be focused and cast their votes for the man who has their interest at heart.

He said: “We want to appreciate our presidential candidate, Asiwaju Bola Ahmed Tinubu and Sen. Kashim Shettima. The project is paramount to us, it is paramount to Oba Lamidi Adeyemi. His last wish was to see Asiwaju become the President.

“Five hundred grassroots mobilisers for Asiwaju Bola Ahmed Tinubu and Kashim Shettima were empowered with cash today to move and spread the gospel of harbinger of success, Asiwaju Ahmed Tinubu.

“I want to admonish the youths to look and be focused to know who truly loves them, who they can support, and who has the interest of their future at heart.”

The Mogaji of Adeyemi, Hasan Adeyemi, and Oyo traditional council (Oyomesi), represented by the Samu, High Chief Lamidi Oyewale, lauded the lawmaker for having the love of Oyo and her people at heart.

Related Topics:Alaafin Oba Adeyemi
Up Next