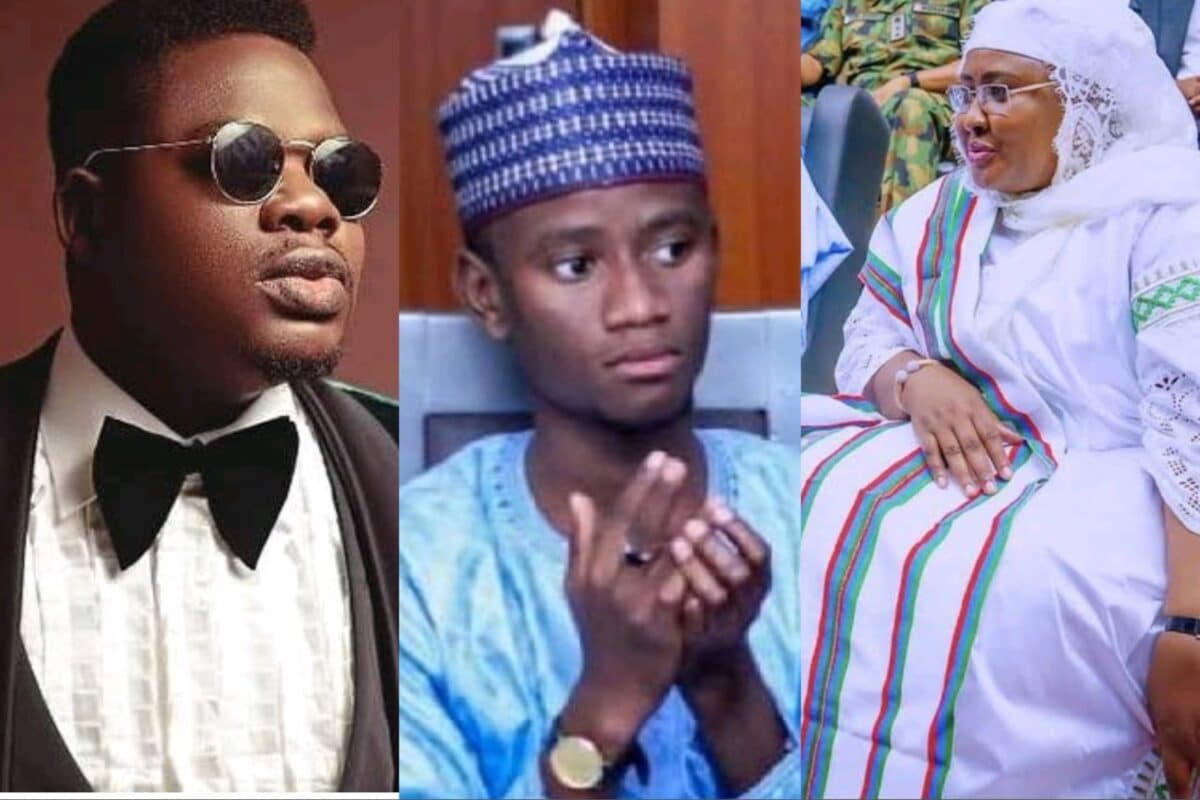 The Nigerian First Lady, Mrs. Aisha Buhari, has come under fire from comedian and actor Mr. Macaroni for the arrest of a student named Aminu Muhammed.

Aminu Mohammed, a final-year student at Federal University Dutse in Jigawa, was reportedly detained by agents of the Department of State Services of Nigeria on the grounds that his tweet from June 2nd was defamatory of the First Lady.

In his tweet, Muhammad claimed that the First Lady had gained weight unexpectedly after participating in the squandering of the country’s resources while the people suffered under her husband’s rule.

He Tweeted in Hausa: in Hausa: “Su mama anchi kudin talkawa Muhammed ankoshi”, which could be translated as “the mother has got fatter by eating masses’ money.”

According to Muhammed’s friends, his tweets come from being frustrated about the prolonged strike by universities across the country. Recall that the strike embarked upon by the Academic Staff Union of Universities ( ASSU) began in February 2022 and ended in October after eight months of noncompliance from the government.

A few days after the arrest of Aminu Muhammed, Skitmaker, Mr Macaroni who also doubles as an activist has taken to his Twitter page to call out the First Lady for using her position to oppress the poor masses.

Mr Macaroni noted that the First Lady is not bigger than the citizens or the law. He further said the former president of the country, Goodluck Ebele Jonathan and his wife, Patience suffered much insults from Nigeria but they never arrested anyone.

He Tweeted: Madam First Lady, you are not God!!! If you have any grievance whatsoever, go to court!!! You are not bigger than the Citizens of Nigeria neither are you bigger than the Law!! You should use your power to serve the people not Oppress them!! Free Aminu!!!

President Goodluck Jonathan and his Wife suffered so much insults. Even from people who are in this present Government. APC trolls curse and insult some of us here everyday. We dey chest am. The ones we can’t chest, we go to court! Madam First Lady, stop abusing power!!!

I can speak so much about issues like this because I have been a victim of oppression and brutality and I know how horrible the experience is!!! If you are being held by security agents with backing from Political figures, they will do the unthinkable!! Dem go lick you finish!!