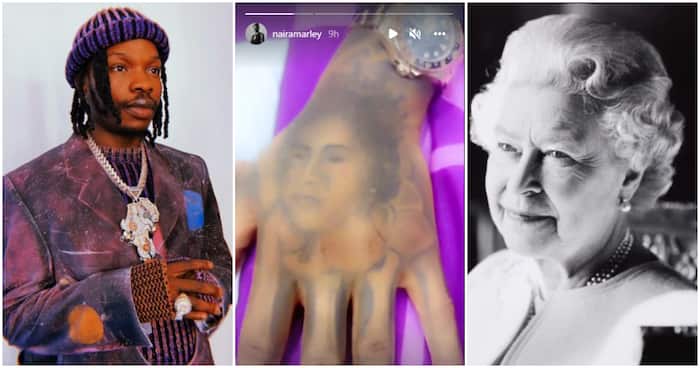 Naira Marley, a musician, has a tattoo of Queen Elizabeth II’s face on his arm. She is the longest-reigning monarch in British history.

Following the Queen’s death announcement on Thursday, the 32-year-old posted a video of the tattoo on Instagram.

Naira Marley could be heard saying goodbye to the monarch in the video that he posted.

After spending a long 70 years on the throne, the queen passed away at Balmoral, Scotland, at the age of 96. Her health started to decline in December of last year. She started experiencing “episodic mobility problems,” according to Buckingham Palace.

Prince Charles, the son of the queen, has succeeded her as monarch and is now referred to as King Charles III.

Her body is anticipated to lie in state so that mourners can pay their respects.

The last plans will soon receive the King’s approval.