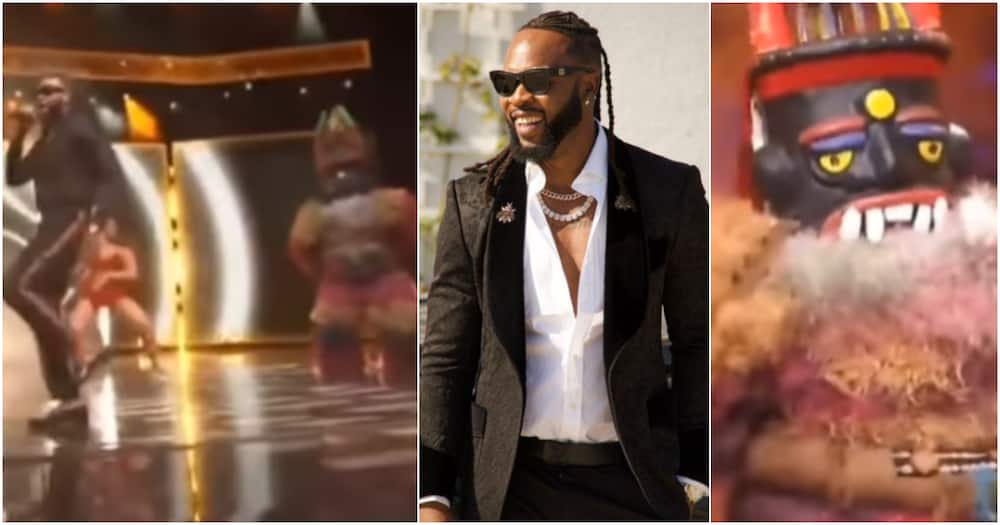 Chinedu Okoli, better known as Flavour, surprised the audience at the 15th edition of the Headies Awards by performing his hit song ‘Levels’ with the help of a masquerade.

The 38-year-old lit up the stage with an electrifying performance of “Levels” while dancing with the masquerade at the event. He had previously won the Best Alternative Song award for his song “Doings.”

The masquerade performed various dance moves while the audience applauded them as the singer rapped in Igbo.