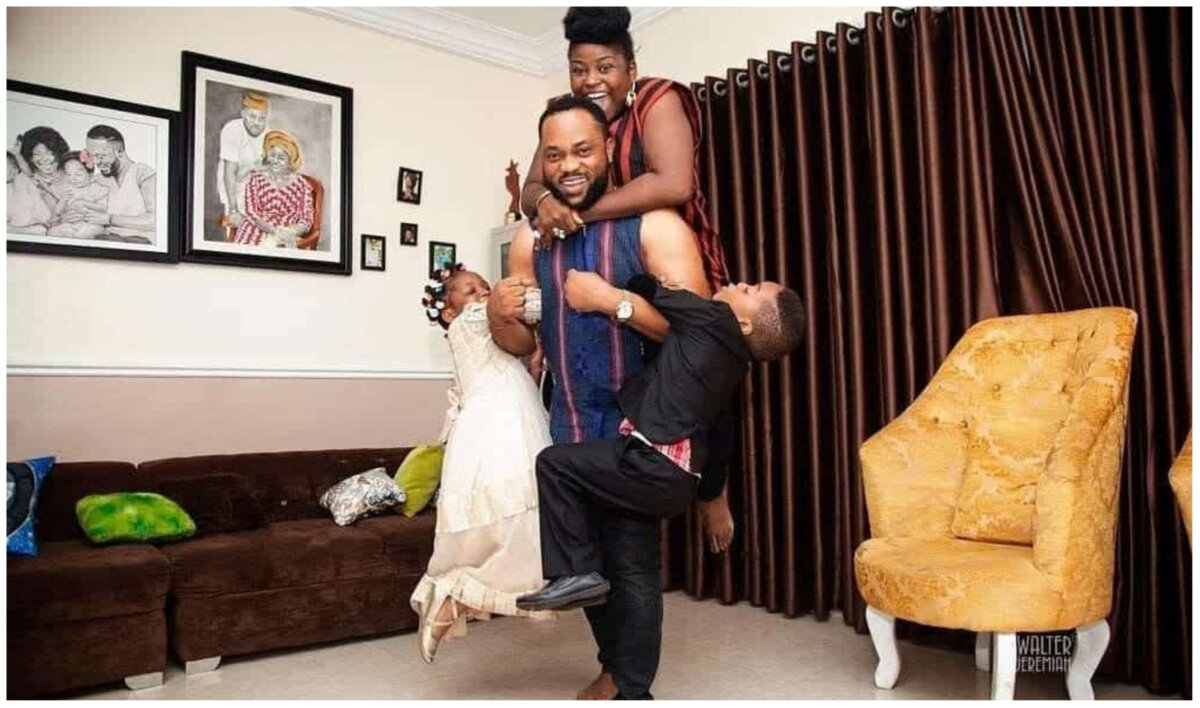 Damola Olatunji, a Nollywood actor, has reflected on some of the difficulties he faced when his wife, Bukola Arugba, became pregnant with their twins years ago.

Opening up in a recent interview with Emmanuel Ojo, the actor and father of twins, Damola Olatuni said “When my wife was pregnant with the twins, it wasn’t easy but I enjoyed it, especially with the fact that I was expecting my children.

When she said, “Damola, I want this, I would run to go get whatever it was. Sometimes after expending energy getting her something she craved, she could just say she didn’t want it anymore or that she wanted something else.

I can remember, for a long time, she was allergic to some things. She didn’t want to hear a phone ring. So, for a long time, I had to put my phone on silent. Sometimes, she would say she was reacting to a particular color I was wearing and I would have to go and change my top. Some other times, she would even say she was reacting to my perfume and I had to go take a bath again.

On how he felt the day the twins were born, Damola Olatunji said “Well, I can tell you categorically that it was one of the happiest days of my life because I had always been a fan of twins. My paternal grandma is a twin but I didn’t really get along too well with her.

Back then, whenever she visited us, she would always report me to my dad, telling him the wrong things I had done while he was away. So, because of that, we didn’t really get along too well. And whenever I got into an argument with her, she would say to me: “Hmmm… and you will have twins o!” (laughs). I like twins anyways. I love the way they look unique when they are dressed up and all that. So, when I got married, I would always tell my wife that we would have twins.

I told her we would have two boys. She didn’t object to having twins too but she would say, it would be two girls instead of two boys. As God would have it, we had a set of twins — a boy and a girl, just as it was in the case of my grandma. So, having twins was getting what I wished for and it was very exciting.