How I became Standard Trust Bank CEO at 34 – Tony Elumelu 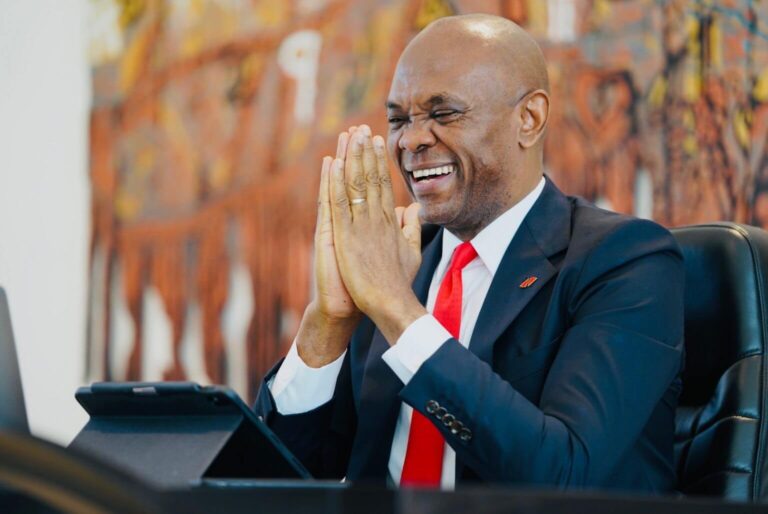 Billionaire businessman Tony Elumelu has recounted how he became chief executive officer of Standard Trust Bank at the age of 34.

Mr Elumelu, who is now chairman of Heirs Holdings and Transcorp as well as founder of the Tony Elumelu Foundation (TEF), told his story in a Facebook post on Wednesday complete with a throwback picture.

“I had just become CEO of Standard Trust Bank and one of the youngest bank CEOs in Nigeria. It was a time of fast-paced change in our industry, and reform-minded policymakers had opened up paths for consolidation and strengthening our sector. Competition was intense – but youth was not a barrier. I owed my accelerated career and successes to two things: hard work and luck, and I know first-hand how these factors are inextricable in success,” Elumelu wrote in the Facebook post.

“My successes – and yes failures – have always driven me to create opportunities for young people.

“I believe that our young have the talent and the zeal to transform our world.”

Elumelu worked at Union Bank during his National Youth Service Corps (NYSC) programme in 1985 before starting his career as a salesman and subsequently joining Allstates Trust Bank.

He led a small group of investors to take over struggling Crystal Bank in 1997 and the firm was renamed Standard Trust Bank.

Standard Trust Bank merged with United Bank for Africa (UBA) in 2005 and Elumelu became the group managing director of one of the most recognisable financial institutions in Africa.

Now 59, Elumelu applauds the recent appointment of Somachi Chris-Asoluka, currently in her early 30s, as TEF CEO, making her the youngest chief executive of the foundation so far.

“Somachi’s exceptional technical and leadership skills earned her this position, and she is one of the many young people at Heirs Holdings, who every day prove that the youth of Africa are talented, passionate, and hardworking, if given that chance,” Elumelu added in his Facebook post.

Isreal DMW, Ikechuckwu, others drag Comedian Mr Jollof over his comment on Wizkid going on tour with Davido

“See what you wore to meet Peter Obi” – Trolls descend on Anita Joseph over outfit, actress battles them