Actress Nkiru Sylvanus excited as she gets engaged 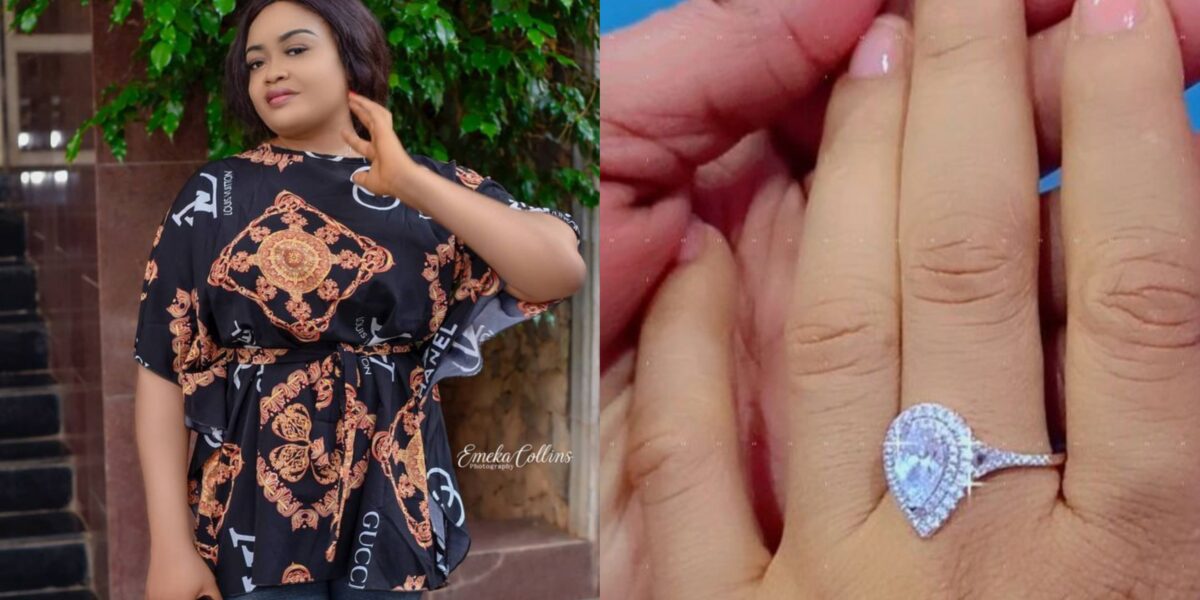 The ecstatic bride-to-be posted a photo of her engagement ring on Instagram.

Messages of congratulations are already pouring in for her.

Recall that two years ago, it was reported that Nkiru Sylvanus’ marriage to Stanley Duru had reportedly fallen apart.

Nkiru is said to have married Stanley in 2014. Meanwhile, Stanley is the ex-husband of her coworker, Oge Okoye.

According to sources, their marriage has been on the rocks since late 2019.

Reports state that Stanley was first Nkiru’s boyfriend before he dumped her for Oge Okoye, whom he later married.

Oge Okoye and Stanley’s marriage crashed, and he later went back to Nkiru who he dumped for Oge.

He wedded Nkiru and their marriage lasted for only 5 years.

I was scared when Joseph Yobo retired from football, says wife