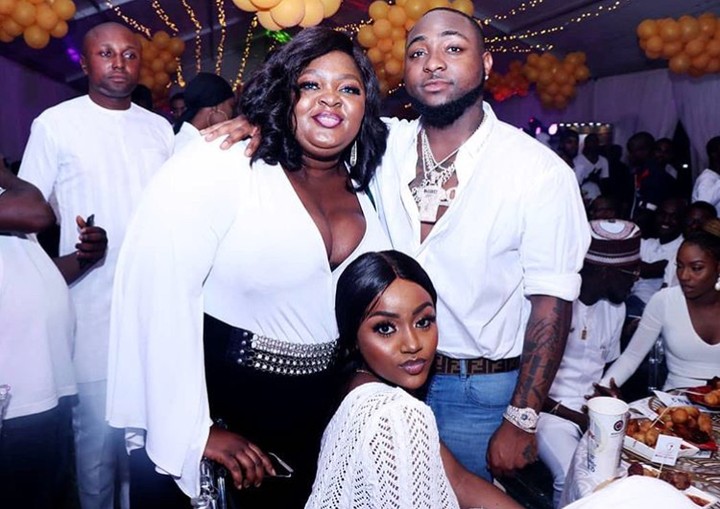 Before the death of his son in October, Davido and Eniola were close friends for years.

Recall that when Eniola announced his passing, it made headlines, and the singer’s supporters thought she was profiting from the toddler’s passing.

Eniola, who is still following the singer as of the time of reporting, has not yet reciprocated.

Recall that Eniola’s career in acting professional started in the year 2000 but came into the limelight in 2008 when she shot to recognition starring in two Yoruba films titled Jenifa and Omo Ghetto.

Both movies are instrumental to her rise in the Nigerian entertainment industry which has since seen her star as both a lead and supporting actress in several Yoruba and English films.

ER reports that Davido and his wife, Chioma, joined other members of the Adeleke to spend Christmas together in Saint Kitts.

Davido and Chioma were spotted in Saint Kitts with the Adeleke’s.

The singer and Chioma are currently on vacation with his family which includes his dad and his elder brother, Adewale Adeleke and his family.

A video posted on the wife of Adewale Adeleke’s Instagram story, showed the family enjoying an extravagant Christmas dinner.

Since the death of their son, Davido and Chioma have withdrawn from the spotlight and have been keeping a very low profile. While Davido made his first return to Instagram, Chioma has remained inactive on Instagram.

The couple has been spending more time with family. This is to ease their grief and to keep them in check from self-harm.