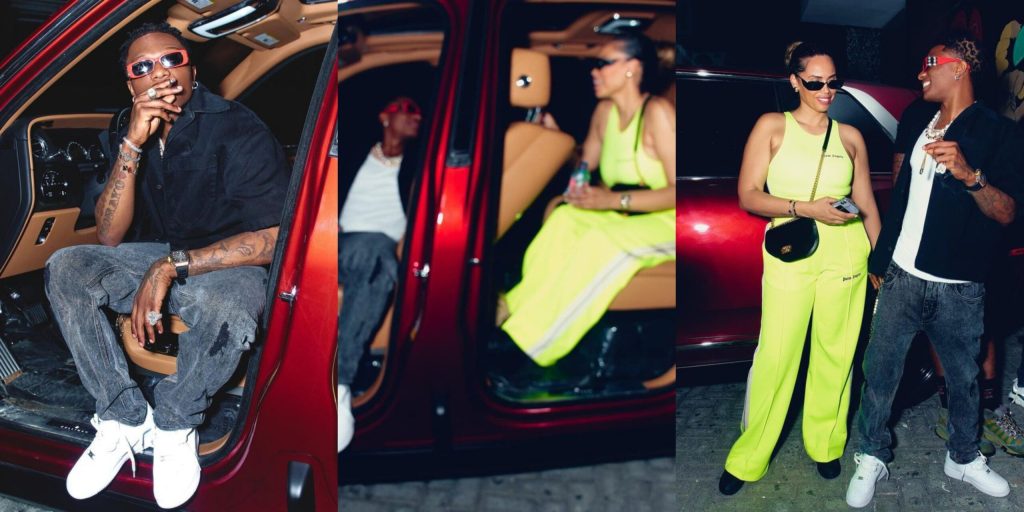 A few weeks after claiming to be single, pop star Wizkid shared private photos of himself, his manager, and his son’s mother, Zion Jada Pollock.

On Monday, Wizkid shared images of the pair having fun on Instagram.

One of the images showed the pair enjoying a drink while seated in a luxury vehicle. They could be seen holding hands and grinning at one another in another picture.

This comes few weeks after Wizkid declared himself single and searching.

The musician claimed he had “been single for so long. Gotta find me one or two”.

Jada who responded to the statement via Twitter said she was controlling her emotions.

She also replied to a user who insinuated Wizkid had broken her heart.

Why I’m not yet married – Bimpe Akintunde