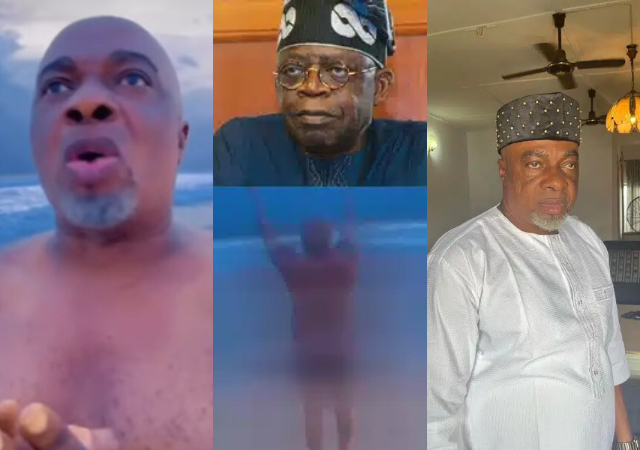 Theatre Arts and Motion Pictures Practitioners Association of Nigeria (TAMPAN) has summoned veteran actor Ebun Oloyede, better known as Olaiya Igwe, to a disciplinary panel over a video that showed him praying naked for the victory of the All Progressives Congress, APC, presidential candidate, Bola Ahmed Tinubu in the 2023 election.

The actor made headlines earlier in December after showing off his naked body in a video in which he prayed for Tinubu at a beach.

The video which went viral attracted mixed reactions with many people knocking the actor for his action.

Speaking during an interview with Sunday Scoop, TAMPAN executive and actress Rose Odike, noted that Olaiya Igwe had been summoned to face a disciplinary panel to explain himself, but he has yet to appear before it.

She said, “He has the right to support whoever he wants to, but we have the moral justification angle. We are looking at the morality behind that advert (video). It is not about who he is supporting. It is about him breaching the code of ethics of our association and industry.”

Related Topics:Olaiya Igwe
Up Next

Davido sets new record, becomes the Nigerian celebrity with the most Instagram likes