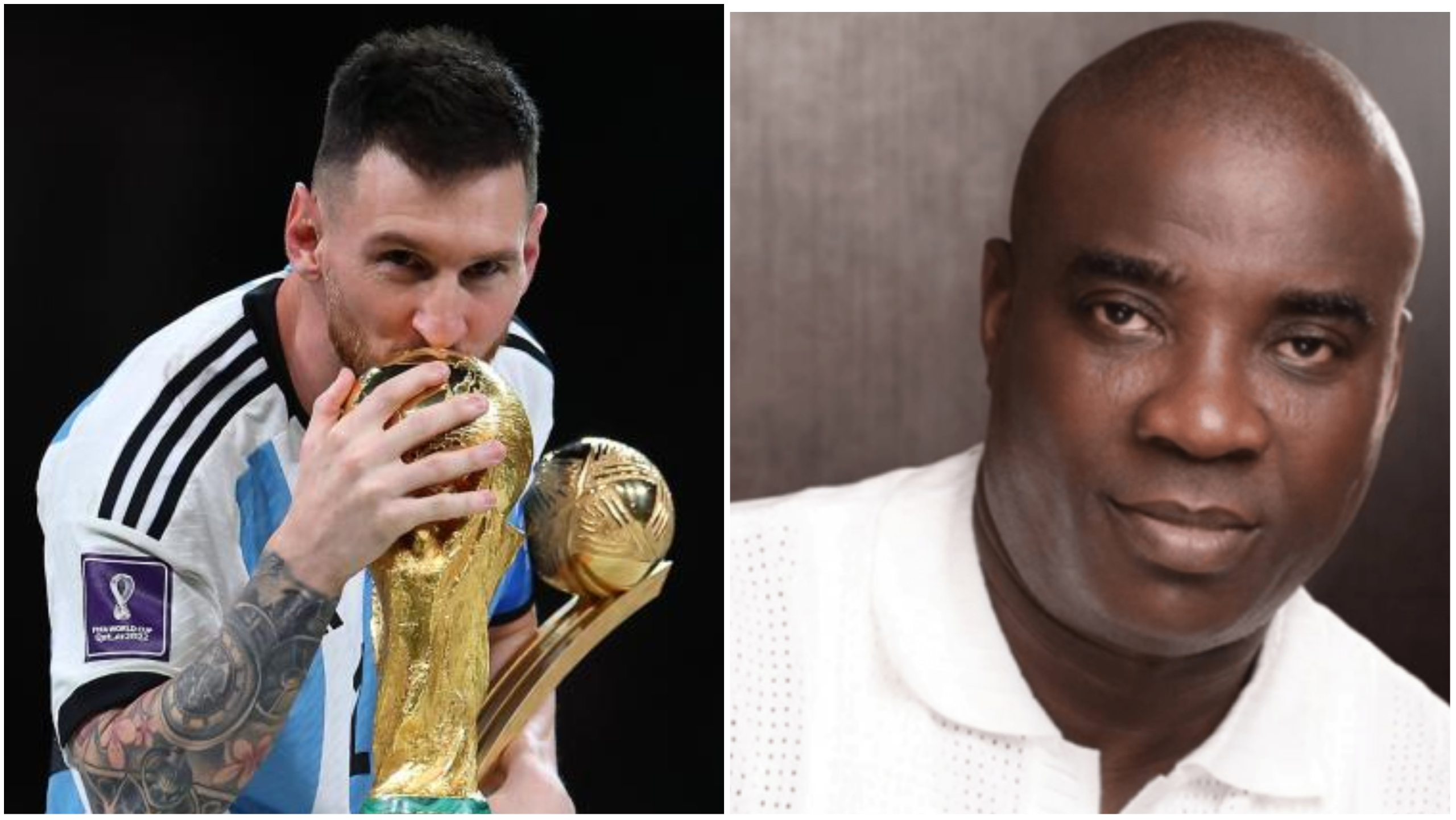 On Sunday night, in the World cup football final game against France, Lionel Messi captained his nation to victory.

The PSG forward scored twice to help Argentina win their first World Cup trophy in 36 years and their third overall.

In a video uploaded on Twitter, K1 who performed at an event sang the praises of the football star in Yoruba.

The 65-year-old could be heard saying, “Messi has the cup. He has taken it to Argentina.”

At full-time of the match, the score was 2-2 but Messi put his team back in the lead with a simple tap-in after a Lloris save.

France pushed for an equaliser and their efforts yielded when Gonzalo Montiel handled a shot inside Argentina’s goal area, with Mbappe scoring the resulting penalty and completing his hat trick.

The game ended 3-3 and goalkeeper Emiliano Martinez emerged as Argentina’s saviour in the penalty shootout.