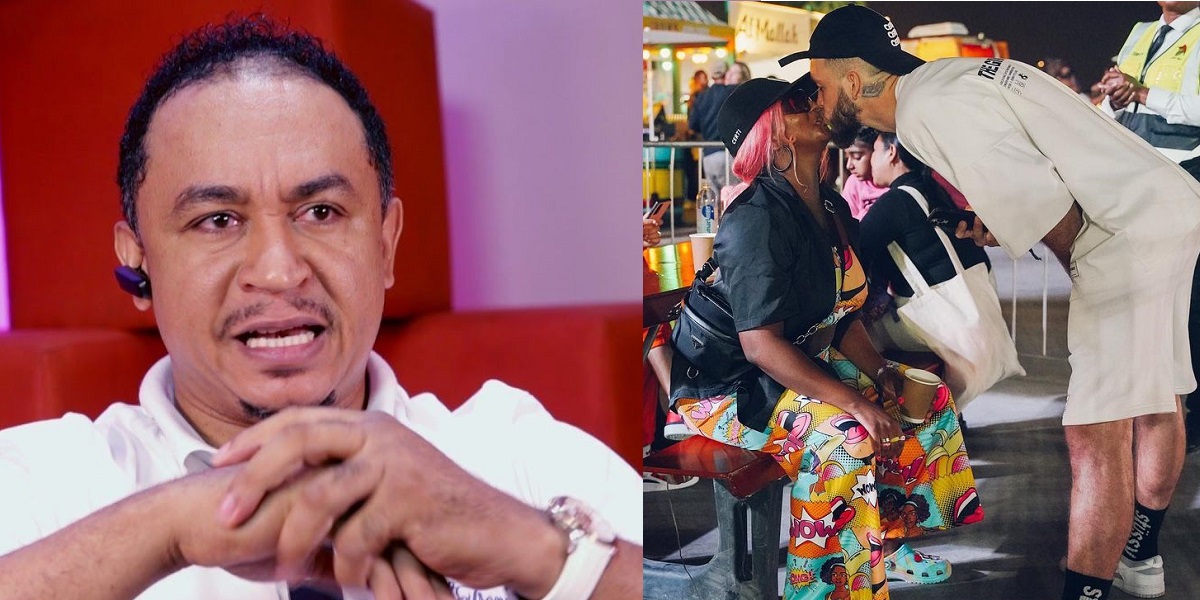 On Monday, DJ Cuppy posted on Twitter to confirm her engagement to the boxer.

When the 30-year-old revealed that they got engaged 25 days after first meeting at a Gumball 3000 driving rally in Dubai, she shocked her followers as well.

“I can officially announce that I’m engaged! Only 25 days ago during @Gumball3000 driving rally, I met the love of my life,” she had written.

Cuppy’s revelation about her engagement has continued to generate mixed reactions on social media platforms.

Sharing his thoughts on the matter in an Instagram session on Tuesday, Daddy Freeze expressed shock over the short time it took Ryan to engage Cuppy.

He also argued that such relationship have the likelihood of ending with a heartbreak but could also work out if both parties are committed.

“Twenty five days, like one month? A month is even 28 days, so three days short of a month and DJ Cuppy dey love. But you see this kind of love attracts English breakfast that will have bacon, omelette…I’m not saying it can’t work and I’m not saying it won’t work. It can actually work,” he said.