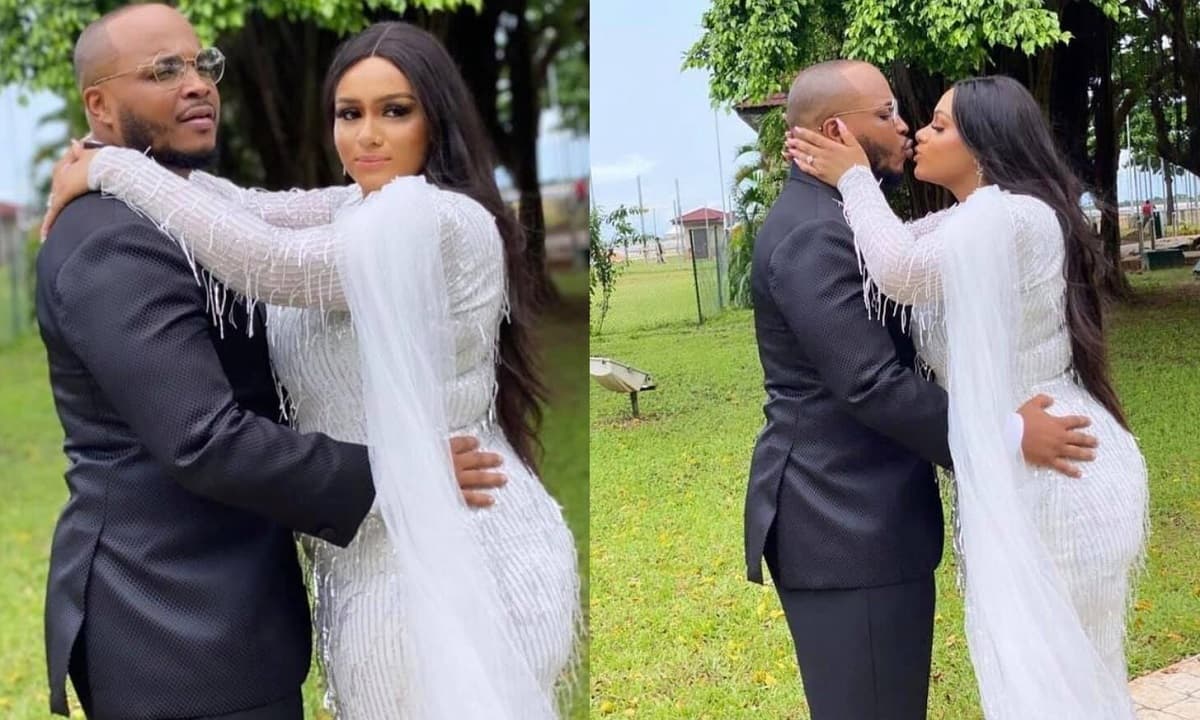 Heidi Adeleke, the spouse of Sina Rambo, the cousin of pop star Davido, has announced their separation.

In a string of posts published on her Instagram account on Monday, Heidi revealed the startling information while claiming to be the family’s sole provider and levelling a number of accusations against the Adeleke family.

She wrote: “Every evidence shall be presented. Somebody who I just sent 10k naira. Broke asses. I’m NOT an ass kisser and will NEVER BE lmao. Later they will say Adeleke is my only achievement. My mum and family are tired too. Abusive husband I will post more receipts soon.”

In a video she posted, an angry Heidi also accused Sina’s sister of attacking her.

“His sister had the guts to put her hands on me. His sister, that dirty girl that smells. You’re beautiful but you’re smelling. When I told her that I only have love for her, she did this shit to me,” she said.

In another post she continued: “Lmao!!! Sina pay me My husband money you owe me from America and Nigeria!!! Beg beg. How many people do you have to fight with over bills? Or until then jack you for neck again like it just happened. Damn Omo gov.

“After having a caesarian section and him rushing me out the hospital because he couldn’t get no weed. Me, had covid in labor, after my CS. I left the hospital this nigga ain’t help with no chores! 3days after cesarean you tell me to cook rice for you, can’t even make tea yourself! SMH! During pregnancy I was turned into a nanny! 9 months pregnant bending and cleaning house up and down because he can’t even pickup after himself. But truly, venting this now, I be mumu”.

In another post, the businesswoman said she decided to speak up because the marriage has finally ended.

“For y’all saying keep it private, the marriage is over and that’s why I am finally saying this. No, I will not succumb to abuse. I am not that girl, it’s enough,” she wrote.

Sina had a private court wedding with Heidi on Friday, October 22, 2021, in Lagos State.

Korra Obidi reunites with family in Nigeria after finalizing divorce