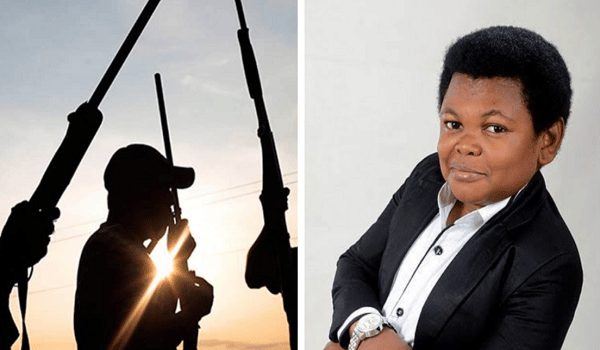 The All Progressives Congress (APC) candidate for Mbaitoli/Ikeduru Federal Constituency in Imo State Akarachi Amadi has condemned the killing of Prince Chidi Iheme.

Iheme was killed at Ubomiri in the Mbaitoli LGA of the state while on transit to a campaign rally organised by Amadi.

The state commissioner for solid minerals, Martin Eke, whom he was riding in the same vehicle with, was badly injured with machete.

Amadi condemned the killing of Iheme, whom he described as one of his supporters.

The politician in a statement issued by his media aide, Darlington Irobi, on Friday night, also condemned the attack on the commissioner.

While commiserating with the family of the deceased, the politician prayed for the quick recovery of the injured commissioner.

The statement read, “It is with deepest knowledge of regrets, sense of personal loss and concern we write to condemn the ugly incident that occurred today at Amawuihe Autonomous community in Mbaitoli Local Government Area.

“The information of the sporadic shooting at Amawuihe Ubomiri in Mbaitoli Local Government Area that claimed the life of an APC strong supporter, Prince Chidi Iheme, while we were at Egbeada Community canvassing for votes, is quite regrettable.

“We also decry the deadly attack on the State Commissioner for Solid Minerals, Martin Eke, who was riding in the same vehicle with Prince Iheme.

“While condemning the act, we deeply sympathise with the Iheme family of the Amawuihe Autonomous Community and ask God to show them the mercy of comfort to bear this irreparable loss.

“We also wish Hon Eke speedy recovery as we will do everything possible to assist him comeback to his feet as quickly as possible.”