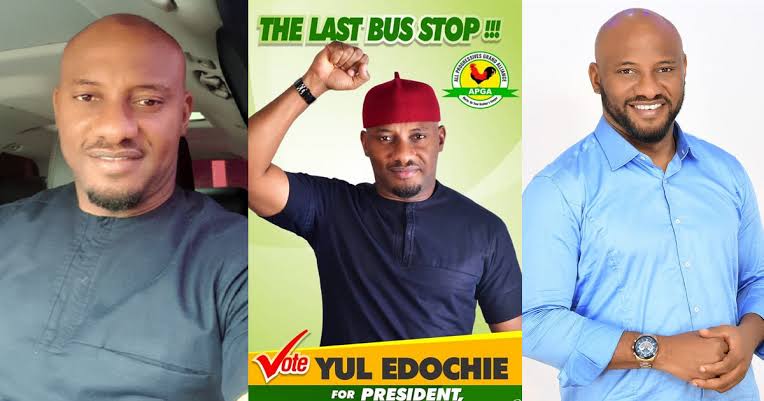 On Monday, the Big Brother Naija winner Whitemoney and the actor who attended an event with the cleric shared a video of the group on Instagram.

In the video, Yul, who spoke in Igbo language, could be heard telling Odumeje that he needs extraordinary powers to set Nigeria ablaze.

Yul Edochie added that Odumeje has promised him the latter’s ‘highest powers’.

According to him, when he finally gets the powers he seeks, Nigerians should be prepared to exit the country because he will shut down the nation.

“Indabosky himself, my brother. 2023, give me the powers I need to rule Nigeria,” the actor said in Igbo while Odumeje laughed.

Captioning the video, the 40-year-old added: “Odumeje has promised to give me his highest power which he hasn’t even used. Gandusa Ganduje. Once that happens, ladies & gentlemen its all over. Just get your visa & japa because I’ll shut down this whole country. Everything will stop working. Even White Money confirmed it.”