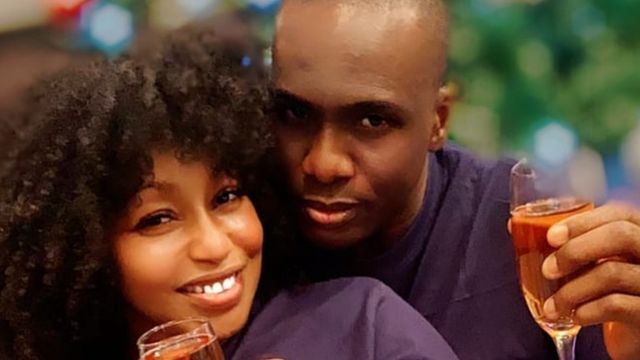 On November 26, Rita Dominic, an actress, and Fidelis Anosike, publisher of the Daily Times, will host friends and family in England for their white wedding.

This weekend in England, North Yorkshire will host the elegant ceremony.

Michelle Dede, a friend of Rita’s and a fellow performer, also announced the wedding on Instagram.

Michelle who will serve as Rita’s maid of honour shared the latter’s photo on Instagram with the caption: #reeldeel22. Part 2 in a bit.”

Others set to join the bridal train include Rita’s close friends Kate Henshaw, Vicky Sogunro and her sister Olivia Waturuocha.

Founder of Genevieve Magazine, Betty Irabor who confirmed she will be at the wedding wrote: “See you soon. I have booked my flight.”

AFRIFF founder Chioma Ude wrote: “About to go down again.”

All roads led to Aboh Mbaise in Owerri, Imo State on April 19 where Rita and Fidelis tied the knot traditionally.

Nollywood stars including Ini Edo, Hilda Dokubo, Chioma Akpotha, Uche Jombo, Nse Ikpe-Etim, Lilian Bach, Idia Aisien, Lilian Afegbai, Kiki Omeili, Nuella Njubigbo and others shut down Rita’s home with joy and gladness. As a matter of fact, Nse was the official dresser who got the adorable Rita ready in her corset dress and royal beads.

Pictures of the adorable Rita Dominic rocking a corset dress complimented with royal beads and a horsewhip first emerged from the official media partner of the wedding and all we saw is a bride full of pure joy.

Subsequently, a video of her dancing gracefully at the pre-nuptial shoot followed.

Fidelis did not leave his dance shoes behind either. In a video of the groom’s entry in the company of friends and family, the founder of Folio Media Group was seen dishing out some moves with a horsewhip in his hands.

After the traditional wedding, Rita was ushered into her husband’s home in Umueri, Anambra State.