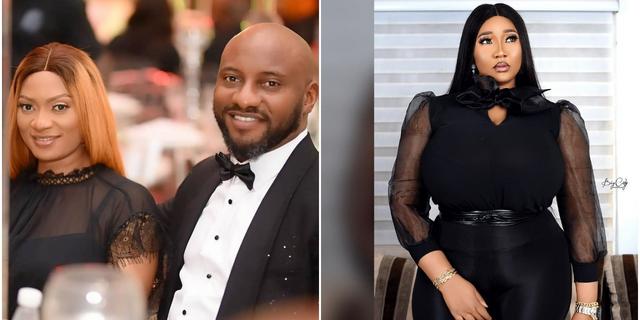 Yul Eodchie’s second wife, actress Judy Austin, has responded to rumors that she is expecting a child.

On Wednesday, Judy shared a video of herself on Instagram in which she appeared to be pregnant while filming a scene.

Instagram users commented on the video, suggesting that the actress and her spouse Yul are expecting another kid.

A fan wrote in the comment section saying,” I couldn’t tell it was a calabage (sic) on your stomach, I thought it was pregnancy Cinematography is really fooling novices like us.

Responding to the comment, Judy confirmed that she is not pregnant but played the role of a pregnant woman in the forthcoming film A Long Walk.

Yul and Judy Austin, made headlines in April after the former announced his marriage to Judy. The actor also revealed they already have a son together.

Reacting in the comment section of the post, his first wife May wrote to the actor and Judy saying, “May God judge you both.”