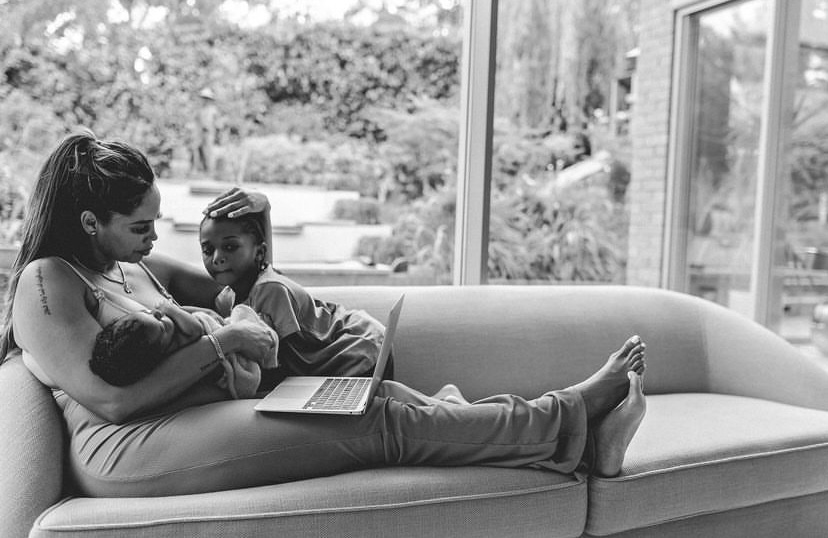 The third mother of the Nigerian singer’s children shared a photo of herself holding the newborn on Instagram today despite the singer’s lack of an announcement regarding the birth.

Although the photo was meant to commemorate her birthday anniversary, Wizkid’s fans have showered her with well wishes and congratulations.

As caption, Jada P. wrote; “Beyond a blessing, Thank you God for another year!”.

In October 2017, Wizkid and his partner welcomed a baby boy. He was named after his father, Zion-Ayo Balogun.

Jada Pollock, also known as Jada P is a 38-year-old American entrepreneur, music executive, media entrepreneur, and talent manager. She is known to have worked with famous stars, but to many Nigerians, she is more famously known as Wizkid’s third baby mama.