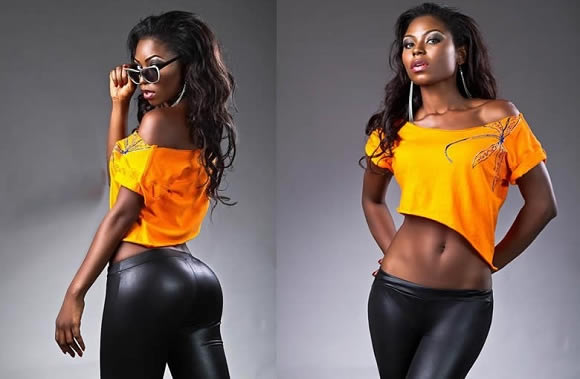 Eniola Akinbo, better known by her stage name Niyola, a singer and rising actress, has recounted how hurt she felt after the deaths of her parents and a close friend in the space of two years.

In a lengthy Instagram post on Wednesday, the 36-year-old expressed how much she misses her dad and said that, in the wake of their shocking deaths, she was unsure of how to feel about living without her mother.

Niyola uploaded a video of herself singing a song to her late father in which she said she was trying to remain strong in spite of the difficulties.

She wrote: “It’s almost unbelievable to some of my friends when say I am okay after losing a close friend, and both my parents in the space of two years. They believe I am trying to be strong, awaiting the day I really break down and let it out ! Lol. This song Olúmorántí was dedicated to, and named after my father while expressing my confusion and faith in God to keep me going.

“I had no idea this night was a declaration of surrender,and a rededication as I unashamedly broke down the first and only time I publicly performed the song. I cried as I sang the words from deep within my heart in front of strangers without a care in the world.To think that I almost didn’t record it. God bless @moelogo for allowing this come into the realms of reality.

Speaking further, the Yoruba singer added: “I missed my father, the first man I ever loved and I was numb! I didn’t know how or what to feel just being on earth without my mum and now him.

“I have never been one to cry easily but this song was the beginning of the melting of my heart, my journey to vulnerability and acceptance of the true meaning of love. It’s indescribable and so peaceful, nothing else matters.

“With this song, God turned my numb heart of stone to flesh . Now I melt to nothing and weep uncontrollably from the overwhelming peace and love I experience every passing second, moment and day, and each time I think of the love my Heavenly Father has for me and how blessed I am to be His own. God is real, and He is love.”

Niyola got signed to Banky W’s Empire Mates Entertainment (EME) in 2012. Her hit song ‘Toh Bad’ was released the next year.